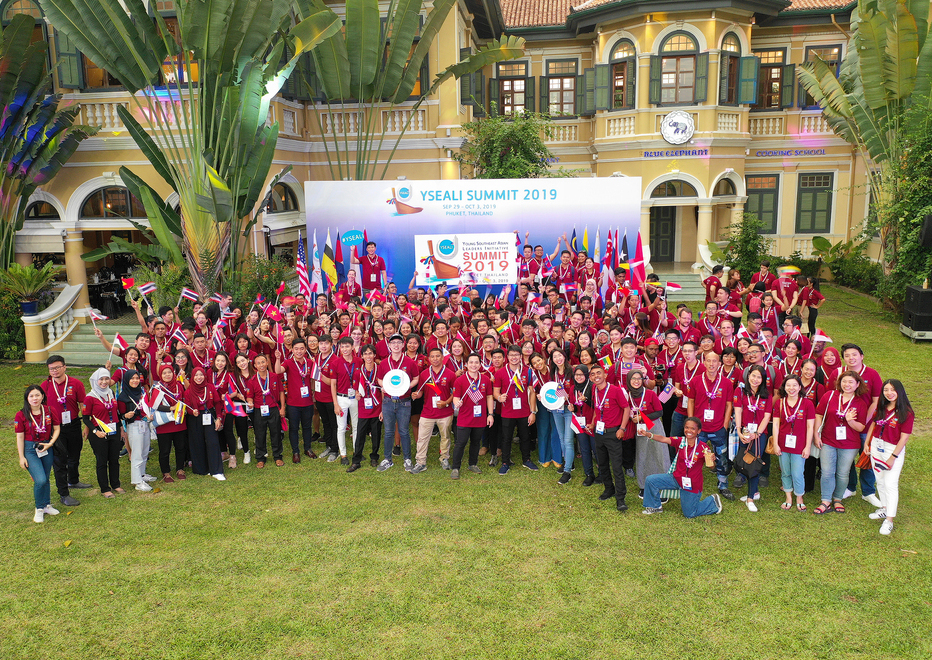 The U.S. Department of State will host the 2019 Young Southeast Asian Leaders Initiative (YSEALI) Summit in Phuket, Thailand from September 29 to October 3, 2019.  The leadership summit will bring together 150 emerging leaders, from all ten Association of Southeast Asian Nations (ASEAN) member states and Timor-Leste.  The Summit theme is Advancing Partnership for Sustainability, with an emphasis on growth, innovation, and entrepreneurship.  During the summit, participants will take advanced leadership training, explore ways to expand regional collaboration, and network with their regional peers and visitors from the United States.   The Summit will also include a ribbon cutting of the U.S. Department of State’s “Common Tides” exhibit showcasing the ties between the United States and Southeast Asia over the last 75 years.

“YSEALI is the U.S. Government’s signature program to strengthen leadership development and networking in Southeast Asia — strengthening ties between the United States and the region,” said Assistant Secretary of State for Educational and Cultural Affairs Marie Royce, who will be attending the Summit where she will engage with participants and deliver welcome and opening remarks.

Initially launched in 2013, YSEALI seeks to strengthen the partnership between the United States and ASEAN.  YSEALI supports emerging young leaders in Southeast Asia by enhancing their leadership skills and providing an opportunity to learn from their peers in the region, and nurtures an ASEAN community of civic, economic and non-governmental leaders who can work together to solve common issues.

The YSEALI Summit highlights the strength of our people to people ties and our commitment to the socio-cultural pillar under the U.S.-ASEAN strategic partnership.  This year’s YSEALI Summit will mark the sixth such gathering of alumni from YSEALI academic and professional fellowships, regional workshops, and Seeds for the Future grants programs. Previous summits were held in Manila, Philippines (2014), Kuala Lumpur, Malaysia (2015), Luang Prabang, Laos (2016), Manila, Philippines (2017), and Singapore (2018).  Since its inception, the YSEALI network has grown to more than 142,000 members.

Summit participants will enhance their leadership skills, develop an agenda for action aimed at addressing the complex political, social, economic, and environmental challenges faced by the citizens of ASEAN.  Participants will also visit a number of notable local projects and institutions including, the Phuket Marine Biological Center, an ecological pineapple farm, and a sustainable goat farm.  Participants will also engage with the Phuket Hotel Association, which includes several American hotels, to learn how the association is working to reduce marine plastic waste.  The summit will include an entrepreneurial project pitch competition.  The participants will develop business plans and the U.S. Department of State will award seed funding to the most compelling project proposals for eventual implementation across ASEAN.

Photos of the YSEALI Summit 2019 community engagement will be available here after its conclusion at: https://state-low.app.box.com/v/yseali-summit-2019