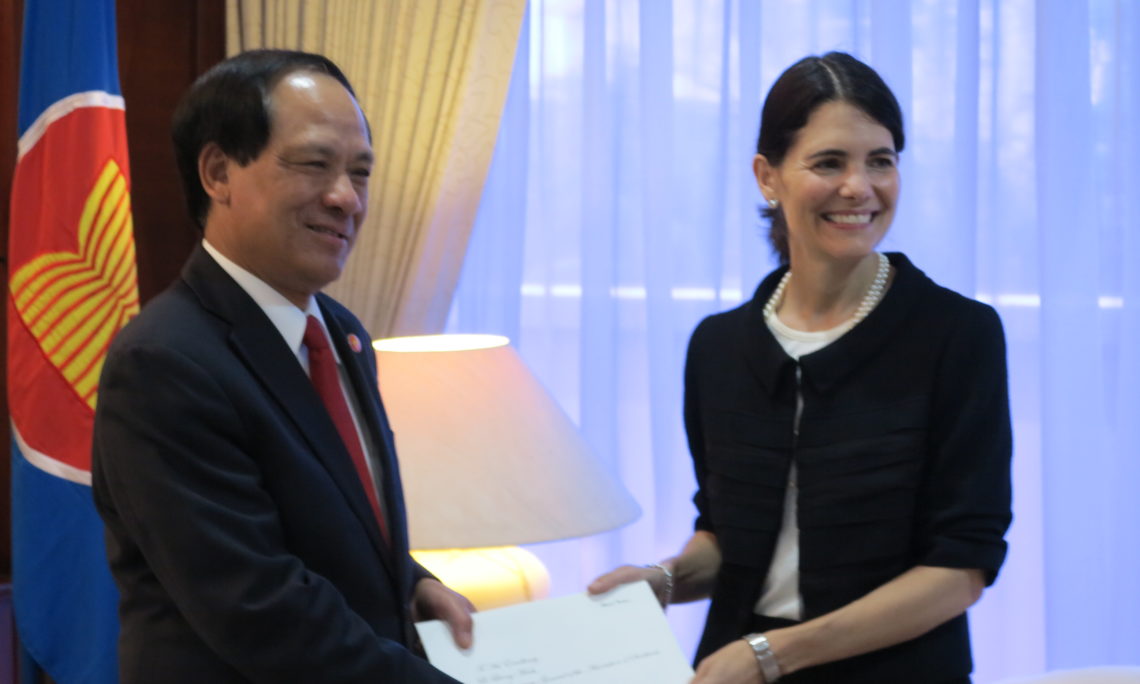 Jakarta – In a ceremony today at the ASEAN Secretariat, the United States Ambassador to the Association of Southeast Asian Nations (ASEAN), the Honorable Nina Hachigian, presented her credentials to ASEAN Secretary-General Le Luong Minh.

During the meeting Ambassador Hachigian emphasized the United States’ focus on a strong and integrated ASEAN and noted that she is honored to work in this very important region. She expressed her desire to work cooperatively on a variety of programs, including the Young Southeast Asian Leaders Initiative (YSEALI) and climate change issues.

Secretary-General Le Luong Minh congratulated Ambassador Hachigian and appreciated the U.S.’ strong commitment to the Asia-Pacific region. He added that the U.S.’ intensified engagement with ASEAN has significantly contributed to creating a regional environment conducive for peace, stability and development. The Secretary-General further committed the Secretariat’s readiness to assist the ASEAN Member States and the U.S. in formulating a post-2015 plan of action that is comprehensive, forward-looking, and action-oriented.

Both the Ambassador and Secretary General said they looked forward to the upcoming U.S.-ASEAN Summit and East Asia Summit and to working together to elevate the relationship between the United States and ASEAN.

The United States began engagement with ASEAN as a dialogue partner in 1977 and has actively maintained cooperation ever since, including the appointment of the first non-ASEAN Ambassador to the association in 2008. The United States established the U.S. Mission to ASEAN in Jakarta in 2009.

Prior to her appointment, Ambassador Hachigian was a Senior Fellow at the Center for American Progress.  She is the author of several books, reports and articles.  The Ambassador has also worked on the staff of the National Security Council in the White House.