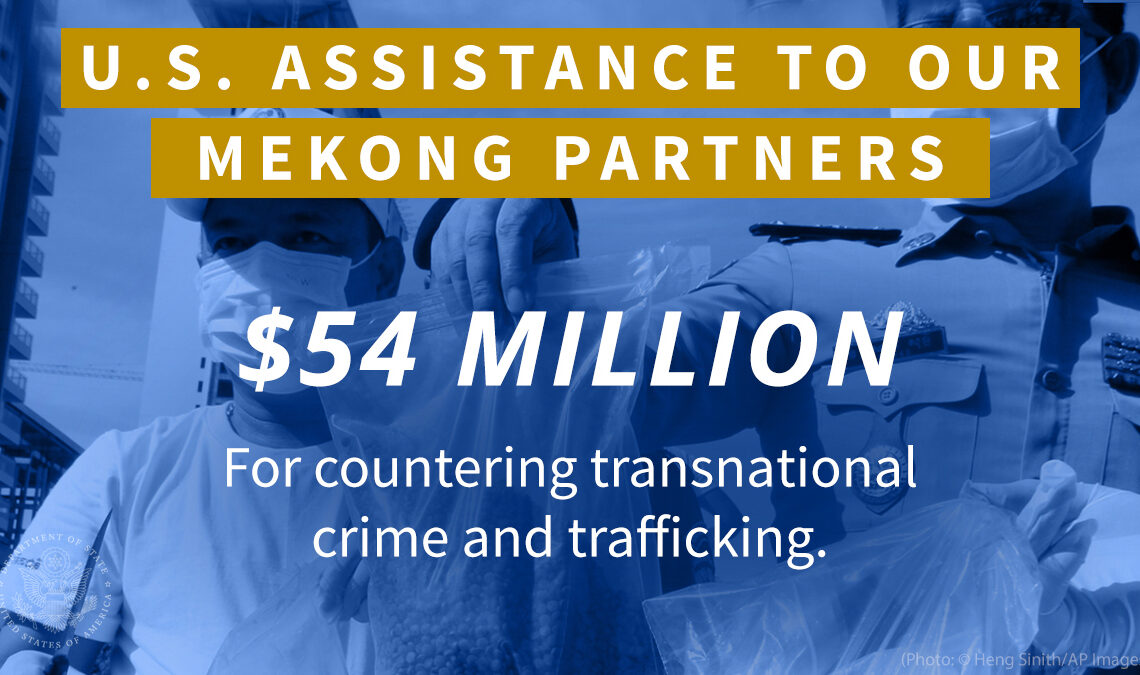 The launch of the Mekong-U.S. Partnership reflects the importance of the Mekong region to the United States.  Our relationship with Mekong partner countries is an integral part of our Indo-Pacific vision and our strategic partnership with ASEAN.  With more than $150 million in initial investments in regional programs, we will build on the good work of the Lower Mekong Initiative and the $3.5 billion in regional U.S. assistance during the last eleven years.

The Mekong-U.S. Partnership is committed to the autonomy, economic independence, good governance, and sustainable growth of Mekong partner countries.  The United States has dedicated more than $52 million to fight COVID-19 in the region, building on more than twenty years of Mekong-U.S. cooperation on infectious diseases.  We have supported economic growth with more than $1 billion to develop infrastructure in ASEAN countries through the U.S. International Development Finance Corporation (DFC), and plan to invest billions more in the coming years.

The Mekong-U.S. Partnership will also continue to strengthen water security and the work of the Mekong River Commission.  It will include $55 million in planned new investments to help our Mekong partners combat transnational crime, including narcotrafficking and trafficking in persons, arms, and wildlife.  It will also increase support for energy security and electricity sector development through Asia EDGE (Enhancing Development and Growth), the Japan-U.S.-Mekong Power Partnership (JUMMP), and the Japan-U.S. Strategic Energy Partnership (JUSEP).  In all our efforts, the United States intends to work closely with partners like Japan, Australia, South Korea, India, and other good friends of the Mekong.

We need to be candid, however, about the challenges we face, including those from the Chinese Communist Party (CCP), which increasingly threatens the Mekong’s natural environments and economic autonomy.

The CCP’s unilateral decisions to withhold water upstream have exacerbated an historic drought.  The United States stands with the region and the Mekong River Commission in calling for transparent data sharing. We encourage countries of the Mekong region to hold the CCP accountable to its pledge to share its water data.  That data should be public.  It should be released year-round.  It should include water and water-related data, as well as land use, and dam construction and operation data.  And it should be shared through the Mekong River Commission, the organization that serves the interests of Mekong-region countries, not those of Beijing.

We are also concerned about infrastructure-linked debt and the predatory and opaque business practices of Beijing’s state-owned actors, such as China Communications Construction Company.  Concerning also is the boom in trafficking of persons, drugs, and wildlife, much of which emanates from organizations, companies, and special economic zones linked to the CCP.

Countries of the Mekong region have undergone an amazing journey in the last few decades. They deserve good partners.  Through the Mekong-U.S. Partnership, we look forward to many more years of collaboration to ensure a peaceful, secure, and prosperous Mekong region.

Countries of the Mekong deserve good partners. As we launch the #MekongUSPartnership, we are collaborating to ensure a peaceful, secure, and prosperous Mekong region. A transparent, rules-based approach to trans-border challenges is essential. pic.twitter.com/fkpSCQWyhw