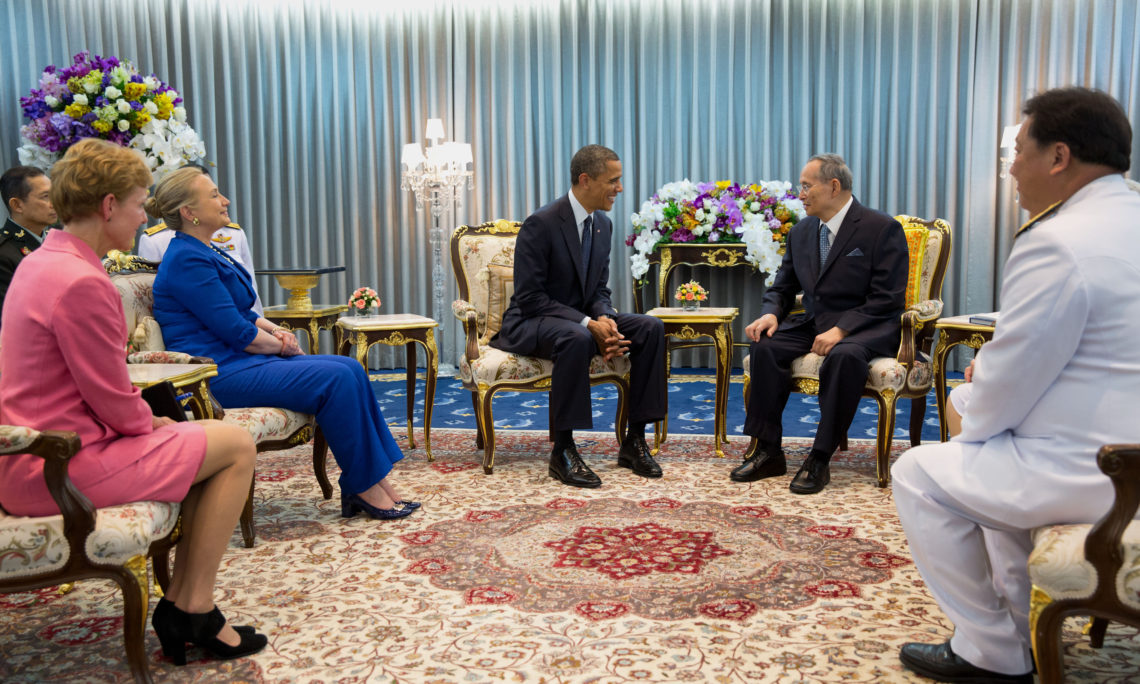 On behalf of the people of the United States, I offer my heartfelt condolences to Her Majesty Queen Sirikit, her children and grandchildren, and the people of Thailand on the passing of His Majesty King Bhumibol Adulyadej.  His Majesty the King was a close friend of the United States and a valued partner of many U.S. Presidents.  I had the honor of calling on His Majesty the King during my visit to Thailand in 2012, and recall his grace and warmth, as well as his deep affection and compassion for the Thai people.

As the revered leader and only monarch that most Thais have ever known, His Majesty was a tireless champion of his country’s development and demonstrated unflagging devotion to improving the standard of living of the Thai people.  With a creative spirit and a drive for innovation, he pioneered new technologies that have rightfully received worldwide acclaim.  His Majesty leaves a legacy of care for the Thai people that will be cherished by future generations.

The American people and I stand with the people of Thailand as we mourn His Majesty the King’s passing, and today we hold the Thai people in our thoughts and prayers.