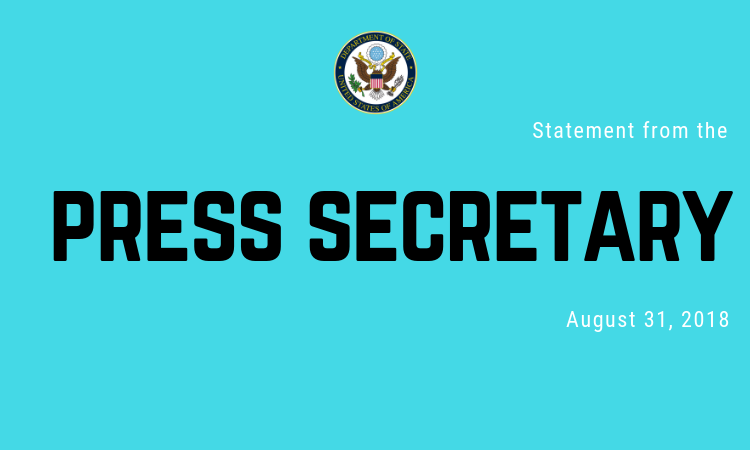 President Donald J. Trump will travel to Paris, France, to participate in a November 11 commemoration of the 100th anniversary of the armistice that ended the fighting in World War I. The President’s participation in this event will highlight the sacrifices that Americans have made, not only during World War I but also in the century since, in the name of liberty. While in Europe, the President also will visit Ireland to renew the deep and historic ties between our two nations.

Later in November, President Trump will attend the G20 Summit in Buenos Aires, Argentina. The G20 Summit will be an opportunity for the President to highlight his pro-growth economic policies on an international stage and meet bilaterally with other key world leaders. The President will also travel to Colombia, where he looks forward to discussing with the Duque administration opportunities for even greater collaboration on security, counter narcotics, and regional affairs.

In addition, the President has asked the Vice President to travel to Singapore in November to attend the United States–Association of Southeast Asian Nations Summit and the East Asia Summit and then to Papua New Guinea for the Asia Pacific Economic Cooperation meetings. The Vice President will highlight the United States’ vision of a free and open Indo-Pacific, based on respect for sovereignty, the rule of law, and the principles of free, fair, and reciprocal trade. The Vice President looks forward to meeting with our allies and partners from across the region to advance security, prosperity, and freedom for all.