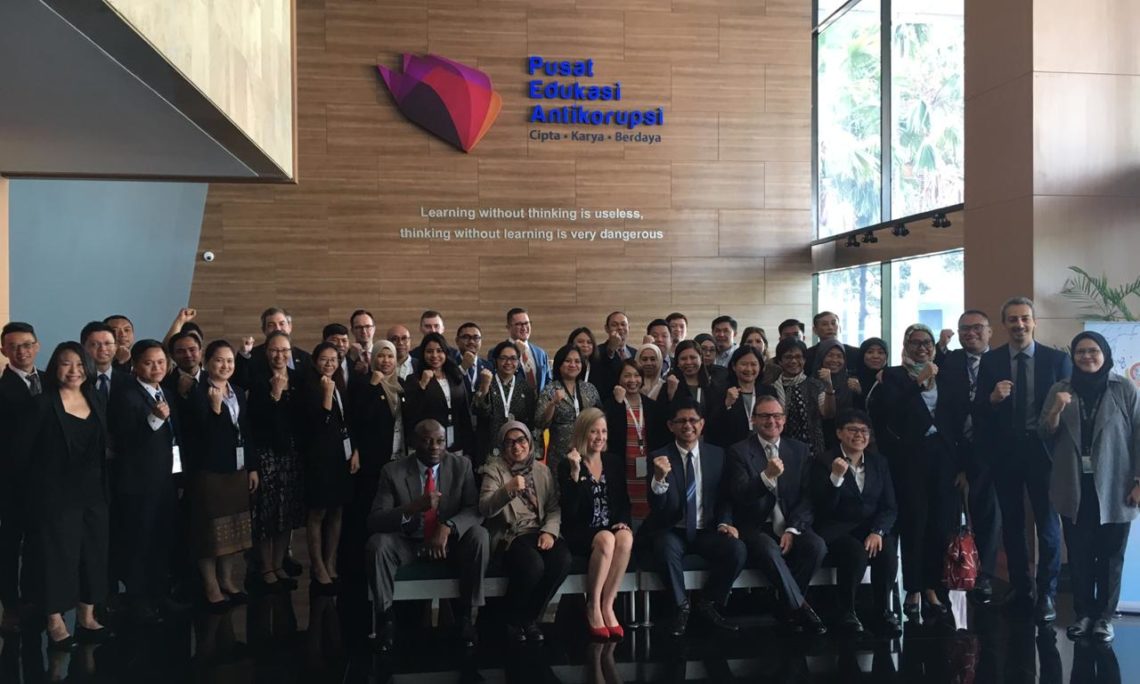 The U.S. Government, through the ASEAN-USAID PROSPECT project, partnered with the South East Asia Parties Against Corruption (SEA-PAC), an ASEAN-affiliated entity comprising national-level anti-corruption agencies (ACA), to hold a three-day “Regional Workshop on Private Sector Corruption Legal Frameworks, Enforcement, and Prevention” at the Indonesia Corruption Eradication Commission (KPK) Anti-Corruption Learning Center (ACLC) in Jakarta today. Today’s workshop brought together over 50 practitioners and experts from across ASEAN and beyond to share good practices, lessons, and to strengthen relationships among representative ACAs. In addition to the 30 subject matter experts from eight ASEAN countries, practitioners from the international community, including experts from the United Nations Office of Drugs and Crime; the U.S. Department of Justice’s Overseas Prosecutorial Development, Assistance, and Training; the United Kingdom Government; and the private sector also participated in day one of the workshop.

In her opening remarks, Chargé d’Affaires for the United States Mission to ASEAN, Melissa Brown, expressed her gratitude and appreciation to the KPK, the United Nations Office on Drugs and Crime, and to the UK’s Foreign and Commonwealth Office for working with the U.S. Government to organize the workshop. Ms. Brown went on to acknowledge the role of the SEA-PAC as a platform for setting standards, proving opportunities such as this workshop for its members to improve their ability to identify and combat corruption. She also stressed the fact that “corruption in the private sector not only redirects valuable resources into the pockets of the few, but it also interferes with market mechanisms and creates net economic loss through inefficiency and misallocation of resources.”

In his keynote address, Mr. Laode Syarief, KPK Commissioner spent much of his speech explaining the recent developments in Indonesia with regards to the revision of the Corruption Eradication Commission Law, which will put in place executive oversight and new controls that many see as a threat to the independence of the agency. Despite the gravity of this new law, Mr. Syarief remained upbeat and congratulated the SEA-PAC for supporting today’s workshop. He went on to laud the selection of the topic as particularly relevant to the needs of ACAs in the region and expressed his hope that Indonesia would be able to share its good practices and to learn from those other SEA-PAC members and the international experts present. He reminded the participants that the fight against corruption is a marathon, fraught with unexpected pitfalls and challenges. He urged everyone to keep up the fight.