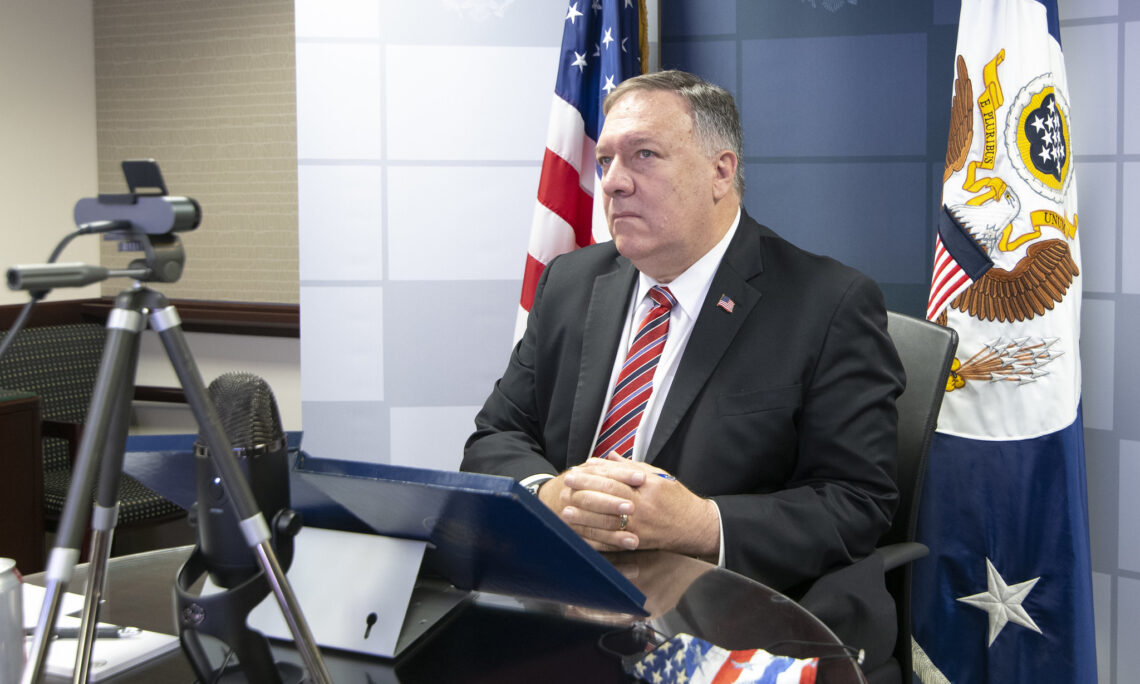 Secretary of State Michael R. Pompeo joined the annual ASEAN-United States Foreign Ministers’ Meeting with his counterparts from the 10 ASEAN member states via videoconference on September 9.

Secretary Pompeo and his ASEAN counterparts highlighted the breadth and depth of U.S. engagement and commitment to the ASEAN region. They discussed ASEAN and U.S. cooperation on regional political, security, economic, and cultural issues.  The Secretary reiterated U.S. support for the ASEAN Outlook on the Indo-Pacific and its role in guiding U.S. engagement with ASEAN.  He further emphasized ASEAN’s important role at the center of the U.S. vision for the Indo-Pacific.  The Secretary announced new initiatives under the U.S-ASEAN Health Futures program and to support human capital development.  More information can be found on the forthcoming U.S.-ASEAN Strategic Partnership Factsheet.

Secretary Pompeo praised ASEAN Chair Vietnam for its work convening ASEAN Foreign Ministers during these unprecedented times, and he lauded ASEAN countries for their transparent responses to the COVID-19 pandemic.  ASEAN countries thanked the United States for the over $87 million in emergency health and humanitarian assistance provided to combat COVID-19.  The Secretary reiterated that the United States will partner with the region in its economic recovery, using all tools at our disposal, including the support of the U.S. private sector.

Secretary Pompeo discussed pressing international and regional issues, including the need to address the root cause of violence in Rakhine State in Burma; for the DPRK to halt its provocations and return to the negotiating table; and for the PRC to halt its aggressive and destabilizing policies, including in the South China Sea, the Mekong sub-region, and Hong Kong.  The Secretary and ASEAN Foreign Ministers shared their common position that all disputes in the South China Sea should be resolved peacefully and in line with international law, namely the UN Convention on the Law of the Sea.