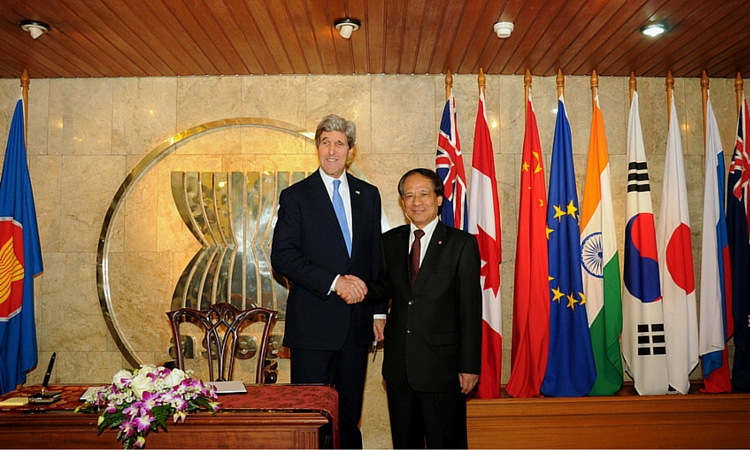 As we celebrate the 49th anniversary of ASEAN, we recognize the growing diplomatic, economic, and strategic significance of Southeast Asia. This region is one of the most dynamic parts in the world, and we know global peace and prosperity are closely linked with its future. Since its founding in 1967, ASEAN has advanced a rules-based order for the Asia-Pacific that protects the rights of all nations, large and small. ASEAN’s contributions to peace and stability are critical for economic growth, mutual security, and environmental sustainability.

The U.S.-ASEAN partnership is now stronger than ever. The United States and ASEAN share a mutual interest in collaborating and sustaining order in the Asia-Pacific. 2016 has been a transformative year for ASEAN, as we have taken to heart the slogan put forth by Laos in its role as current Chair: “turning vision into reality.” The unprecedented number of cooperative endeavors we have launched and developed, from countering violent extremism to promoting women’s entrepreneurship, is proof that our strategic partnership is a living reality and is producing concrete results that benefit all of us.

This past February, the United States and ASEAN celebrated a historic milestone at the Sunnylands Special Leaders’ Summit, the first ever U.S.-ASEAN Summit held in the United States. One tangible outcome of this landmark event was U.S.-ASEAN Connect, a strategic, unifying framework that will further deepen our economic cooperation with ASEAN. This initiative is a part of a greater platform towards closer integration, engagement, and innovation in the region.

Next year, we will celebrate the 50th anniversary of ASEAN. We have come a long way, and ASEAN will continue to be a critical element of the U.S. rebalance to the Asia-Pacific, a central pillar of U.S. foreign policy in the 21st century. The United States looks forward to further collaboration with a strong ASEAN to make Southeast Asia, and the world, a better place.

Happy ASEAN Day from the U.S. Mission to ASEAN