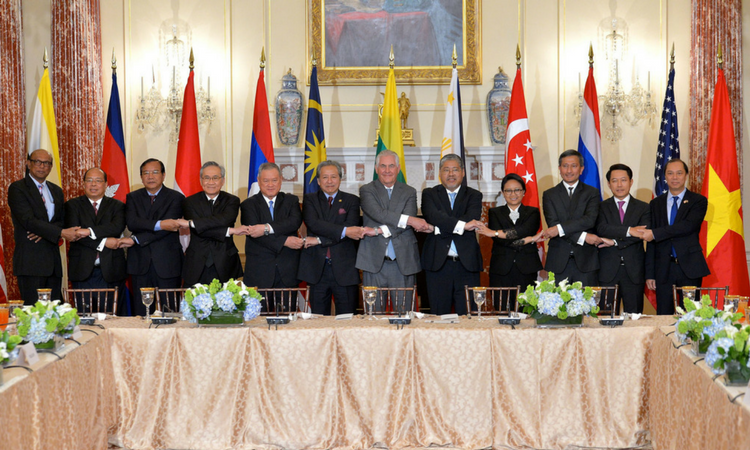 On behalf of the Government of the United States of America, we offer congratulations to the peoples and member states of the Association of Southeast Asian Nations (ASEAN), as well as the ASEAN Secretariat, on the organization’s 50th anniversary on August 8th. Since 1967, ASEAN has made remarkable strides in maintaining peace across Southeast Asia, accelerating economic growth, and improving the lives of the citizens of its 10 member states. We are also proud this year to celebrate 40 years of close ties between the United States and ASEAN.

Our partnership is growing as we address shared challenges such as terrorism, trafficking in persons, and maritime security. Substantial trade and investment between the United States and ASEAN creates jobs for our peoples. Programs like Fulbright and the Young Southeast Asian Leaders Initiative build enduring people-to-people ties. In April, Vice President Pence met with ASEAN permanent representative and the ASEAN Secretariat, and announced that President Trump will travel to Manila for the U.S.-ASEAN and East Asia Summits later this year. This is a testament to the value the United States places on our partnership with ASEAN and, as a Pacific nation, our engagement with the broader Asia-Pacific region.

We congratulate ASEAN on its 50th anniversary and look forward to continuing our partnership and friendship with the people and governments of Southeast Asia and the ASEAN Secretariat to advance peace, stability, and prosperity for all.