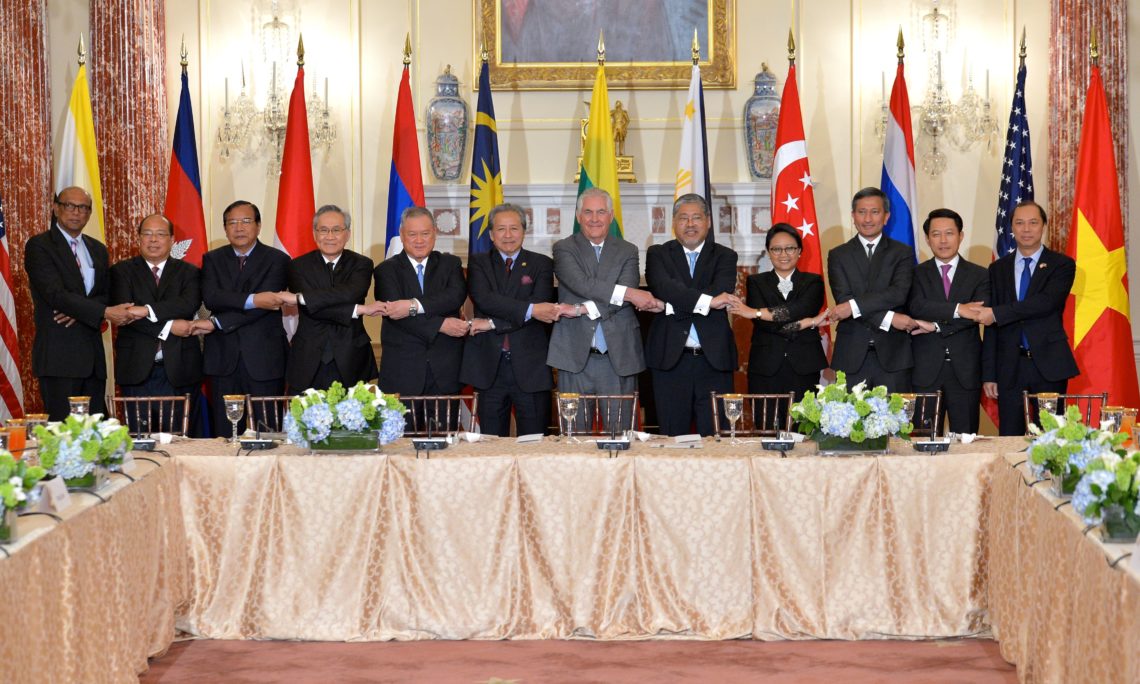 The below is attributable to Spokesperson Heather Nauert:‎

Secretary of State Tillerson hosted the Foreign Ministers of the Association of Southeast Asian Nations (ASEAN) for a special U.S.-ASEAN Foreign Ministers meeting, reinforcing the Strategic Partnership between the United States and ASEAN and commemorating the 40th anniversary of U.S.-ASEAN relations.

Secretary Tillerson underscored that the Asia-Pacific region is a top priority for the Trump Administration and that ASEAN is an essential partner.  ASEAN Ministers welcomed the continued commitment by the United States to ASEAN, including the Association’s community-building and regional integration efforts.  They jointly took note of the 30th ASEAN-U.S. Dialogue, held on May 3, in which senior officials of the United States, ASEAN member states, and the ASEAN Secretariat discussed cooperation on political, security, and economic issues.  The Secretary and the Ministers stressed their shared commitment to advance peace, security, and prosperity in the region.

Secretary Tillerson and the ASEAN Foreign Ministers discussed the tensions on the Korean Peninsula caused by the DPRK’s nuclear tests and missile launches, and the grave threat posed to regional stability.  They recognized the need for full implementation of all relevant UN Security Council resolutions.

Secretary Tillerson and the Foreign Ministers reaffirmed their adherence to a rules-based order in the Asia-Pacific and to the common principles articulated in the 2016 Joint Statement of the U.S.-ASEAN Special Leaders’ Summit, including the peaceful resolution of disputes, with full respect for legal and diplomatic processes, and in accordance with international law.  The Secretary noted shared concerns by many in the region regarding militarization and land reclamation in the South China Sea.  The Secretary and the Ministers stressed the need for ASEAN Member States and China to ensure the full and effective implementation of the Declaration on the Conduct of Parties in the South China Sea in its entirety, and took note of efforts towards the early conclusion of a meaningful Code of Conduct in the South China Sea.

The Secretary noted his intent to represent the United States at the ASEAN Regional Forum, East Asia Summit Ministerial, and U.S.-ASEAN Ministerial meetings in August in the Philippines.

Suggested for You
Tweets by USAsiaPacific