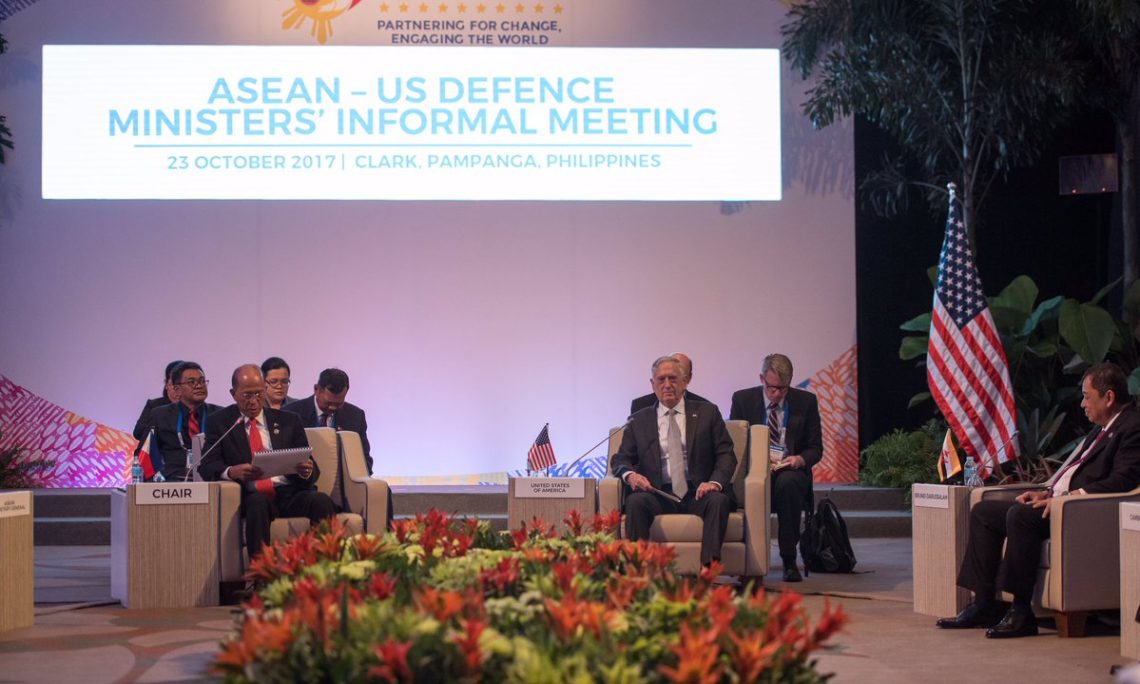 Secretary of Defense Jim Mattis met today with his ten ASEAN counterparts on the sidelines of the ASEAN Defense Ministers Meeting-Plus in Clark, Pampanga, Philippines to discuss mutual security challenges and our strong multilateral defense cooperation.

They exchanged views on regional security, and Secretary Mattis emphasized the need for continued cooperation in the international community to apply greater diplomatic and economic pressure on North Korea to fully implement all U.N. Security Council resolutions. Meeting participants also‎ emphasized the need for continued ASEAN unity to address shared security challenges facing Southeast Asia and the broader Indo-Pacific. The secretary and his counterparts discussed the need to increase cooperation on countering violent extremism to stem the threat posed from groups like ISIS, and they addressed the threat posed by returning foreign fighters.

Secretary Mattis relayed his appreciation for the broad range of U.S.-ASEAN security cooperation and encouraged increased operational cooperation on common maritime security challenges. Secretary Mattis emphasized that we seek to increase the scope and complexity of our exercises, and that we are working with like-minded partners to help build maritime security capacity in the region. He offered continued cooperation in maritime domain awareness and information-sharing to address common threats to regional security.