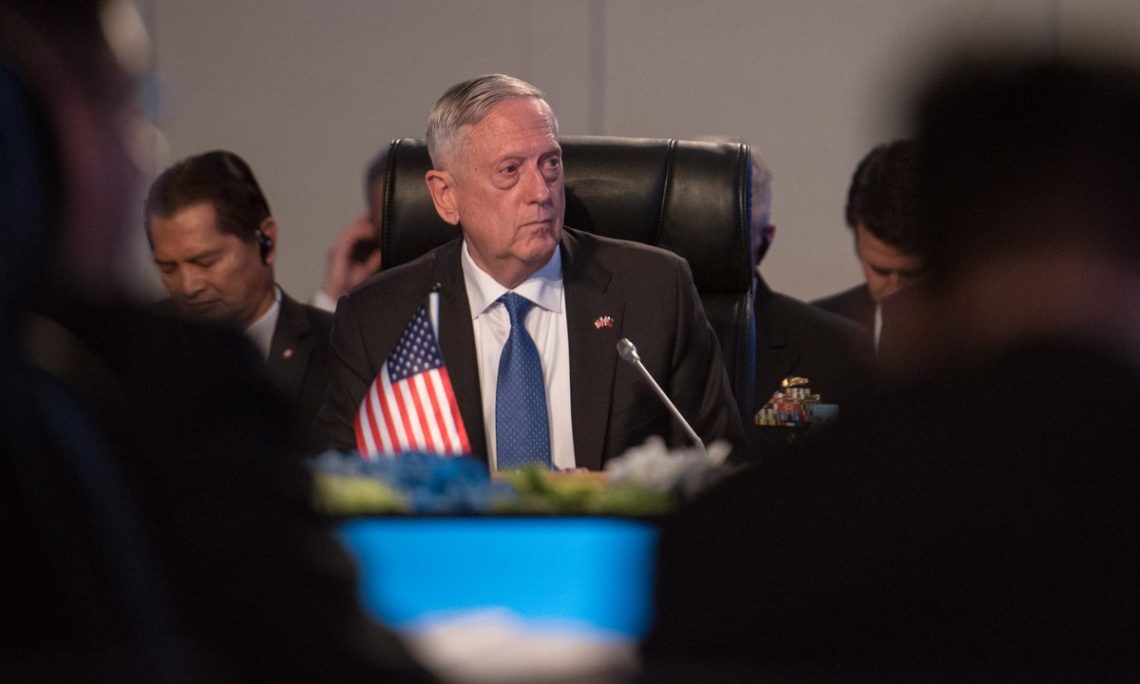 Secretary of Defense Jim Mattis participated in the Association of Southeast Asian Nations (ASEAN) Defense Ministers’ Meeting-Plus (ADMM-Plus) in Clark, Philippines today.
Meeting participants recognized the importance of the ADMM-Plus as an inclusive platform for high-level discussions of strategic defense and security matters including North Korea, terrorism and maritime security, as well as to promote practical cooperation and confidence-building among their defense establishments.
Secretary Mattis ‎reaffirmed the United States’ commitment to allies and partners across the region, and to a free and open Indo-Pacific, which includes a strong ASEAN that speaks with one voice on regional and global issues.

The secretary stressed the importance of international cooperation to pressure North Korea in order to realize the shared goal of complete, verifiable, irreversible denuclearization of the Korean peninsula.

Secretary Mattis congratulated the Philippines on its recent successes against ISIS in the southern Philippines. To improve counterterrorism cooperation among ASEAN members, Secretary Mattis proposed to convene a table-top exercise to discuss lessons learned from the D-ISIS campaign, as well as a workshop on regional terrorist threats at the Asia-Pacific Center for Security Studies.

The secretary highlighted maritime security as a natural area for deeper cooperation between the United States and ASEAN, and proposed to hold a new maritime exercise with ASEAN partners in 2018, as well as to host a maritime security dialogue featuring regional navies and maritime law enforcement. The secretary reaffirmed the United States’ commitment to freedom of navigation, and to fly, sail, and operate wherever international law allows.

Secretary Mattis congratulated the Philippines on a successful year as ASEAN Chair in 2017 — the 50th anniversary of ASEAN and the 40th anniversary of U.S.-ASEAN relations — and expressed his best wishes to Singapore’s chairmanship in the coming year.