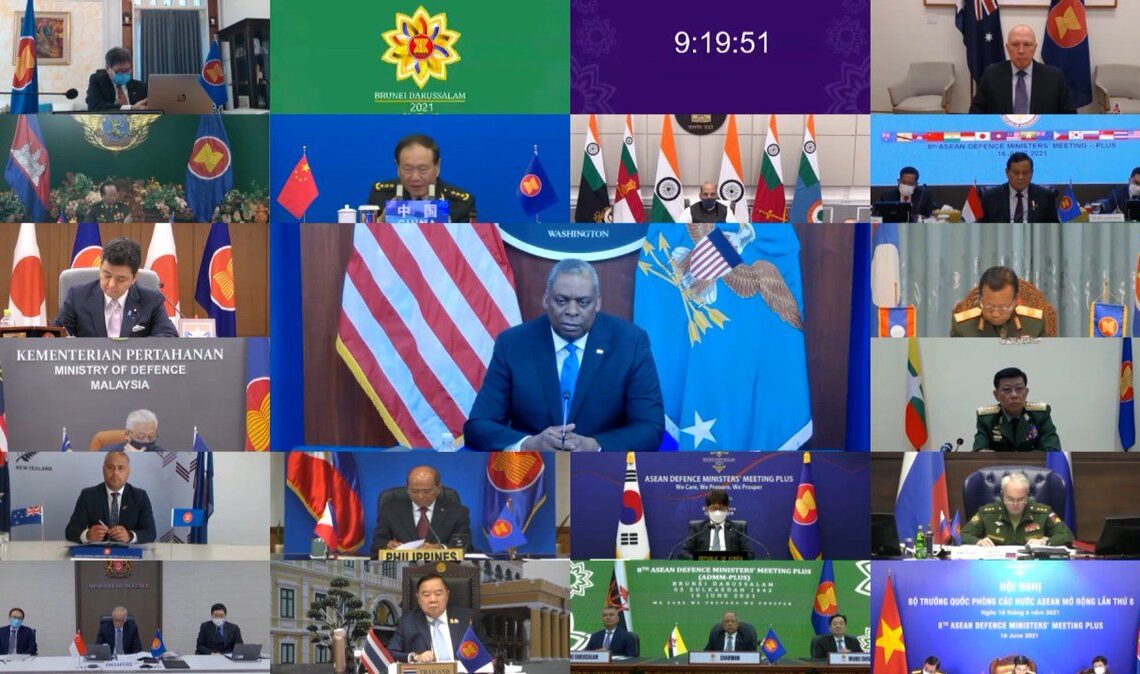 Secretary of Defense Lloyd J. Austin III met virtually with his Association of Southeast Asian Nations (ASEAN) counterparts, along with counterparts from the other ASEAN Dialogue Partners, at the ASEAN Defense Ministers’ Meeting Plus, June 15, 2021. In his remarks, Secretary Austin articulated the Administration’s vision for the Indo-Pacific, underscoring the importance of allies and partners, shared principles, and multilateral approaches to security challenges, including pandemic assistance. He also highlighted unlawful PRC behavior in the South China Sea and called on Myanmar’s military to change course.

The Defense Ministers formally adopted this year’s Joint Declaration commemorating the 15th anniversary of the ADMM, which emphasizes a broad commitment by the ADMM-Plus members to collaborate in addressing common challenges, and to uphold a rules-based order. Notably, the Ministers identified natural disasters exacerbated by climate change as a significant emerging regional challenge requiring cooperation to address.

Last night, I had the pleasure of participating in a productive introductory meeting with my ADMM-Plus counterparts, which reaffirmed our mutual commitment to uphold international law and to work together to meet shared security challenges. pic.twitter.com/7GHeyv14sx