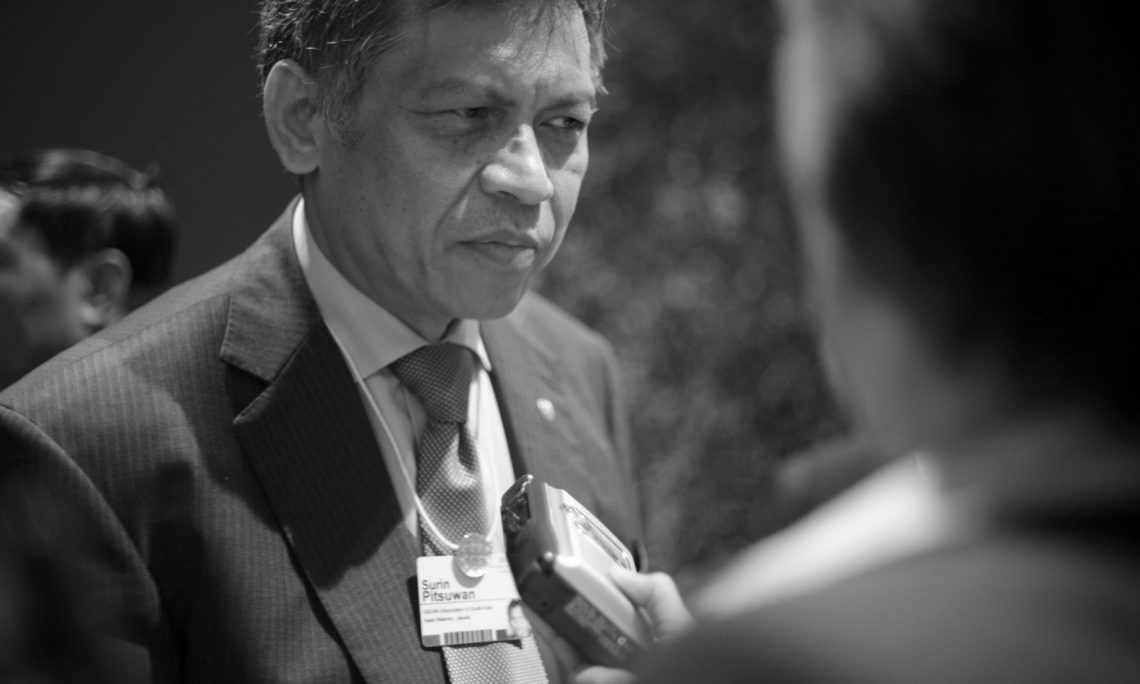 We were deeply saddened to learn of the passing on November 30 in Bangkok of the great Southeast Asian statesman, Dr. Surin Pitsuwan. Dr. Surin was a tireless champion of the Thai people, an eloquent advocate for all of Southeast Asia, and a dear friend of the United States.

In his many endeavors—as Secretary General of the Association of Southeast Asian Nations (ASEAN), Foreign Minister of Thailand, journalist, legislator, educator, and humanitarian—he advanced international understanding and stood staunchly for democratic values. Dr. Surin had a genuine appreciation of the United States, where he obtained advanced degrees from several of our finest universities and served as a Congressional fellow early in his career.

We extend our condolences to his country, family, and loved ones, while saluting his many contributions to the enduring ties between Thailand and the United States and to the diplomatic integration of Southeast Asia.