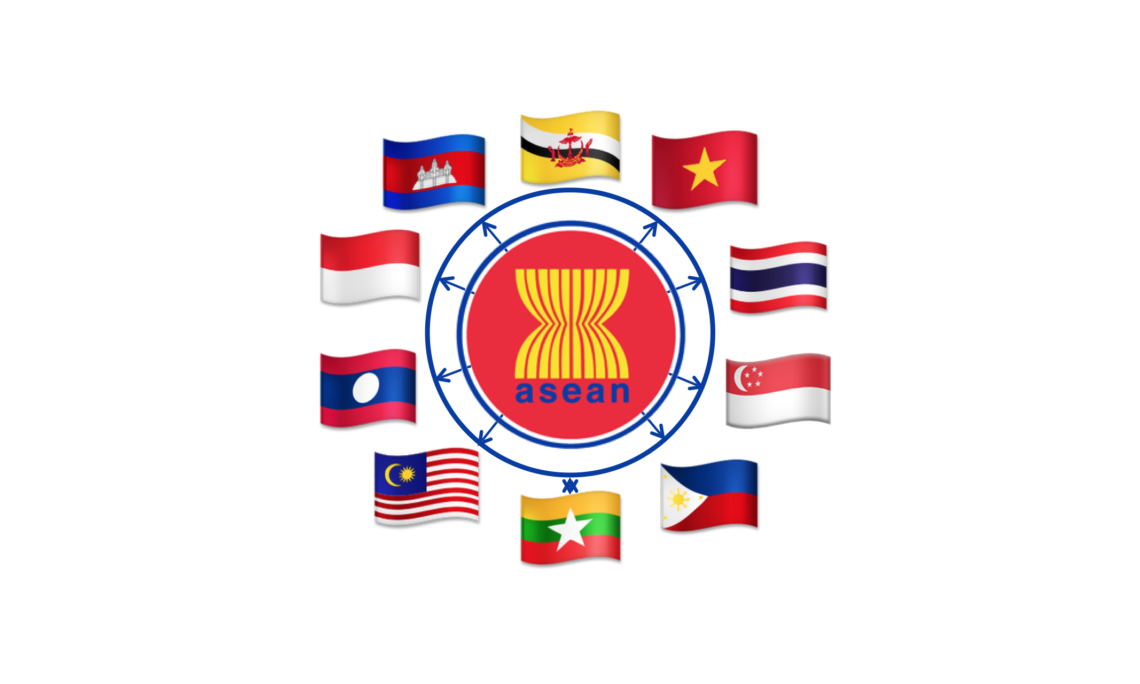 MR PALLADINO: Thank you all for coming. We are privileged today to have with us the Deputy Secretary of State John Sullivan, who will be speaking about the Association of Southeast Asian Nations Ministerial Meeting as well as the United States priorities for the region. Deputy Secretary Sullivan will start with a few comments, and then we’ll be able to open it up for a few questions. Today’s briefing is on the record, off camera, and embargoed until the completion.

DEPUTY SECRETARY SULLIVAN: Thanks, Robert. Good afternoon, everyone. Thank you for that kind introduction, and thank you for letting me share a few minutes of your time to talk to you today about, first of all, the ASEAN Foreign Ministerial that I just co-chaired. We had a meeting here. It was co-chaired with the foreign minister of Laos, Foreign Minister Saleumxay, who is the country coordinator for the United States – the United States relationship with ASEAN for the next three years.

And I was met with representatives from all of the 10 ASEAN member countries. We reaffirmed the U.S.-ASEAN strategic partnership and discussed U.S. – the U.S. commitment to a free and open Indo-Pacific region with ASEAN at its center, in which independent nations with diverse cultures and aspirations can prosper side by side in freedom and peace.

During our meeting I highlighted the U.S. commitment to upholding international law, including the freedom of navigation in the South China Sea. We also discussed ASEAN’s efforts to fully implement UN Security Council resolutions on North Korea.

We have enjoyed many successes during the past 41 years of U.S.-ASEAN partnership, and we’re fully committed to building upon this relationship at the upcoming U.S.-ASEAN Summit and East Asia Leaders Summit in Singapore on November 15th.

And with that, I’d be happy to answer your questions.

QUESTION: Thank you. Thank you, (inaudible) Secretary. Could you describe the mood in the room? Today at the Security Council there was a lot of division about whether sanctions should continue on North Korea or be lifted. There has been some reporting from the region that countries throughout Asia share the Chinese view that there should be a phased approach toward North Korea and that the support for the U.S. maximum pressure approach is weakening; a lot of countries want those sanctions to be lifted. What was the mood from the officials you spoke with?

QUESTION: Thank you. Could you clarify the situation vis-a-vis the timeframe when you’d like to see denuclearization? The State Department put out a statement saying 2021, but the President yesterday seemed to indicate there is no timeframe. Has the timeframe been dropped, or is it still in place for 2021?

DEPUTY SECRETARY SULLIVAN: Well, certainly I know from my conversations with Secretary Pompeo that he is working as hard as humanly possible along with our colleagues across the interagency to achieve denuclearization as soon as possible. The President’s comments yesterday I think indicate the scope of the challenge we face. I will – the President has given you his thoughts on this, which I wholeheartedly endorse. I think it will be a substantial challenge. The Secretary of State along with the entire interagency is working as hard as possible to achieve that denuclearization as quickly as we can.

QUESTION: Can I just follow up on Nick’s question?

QUESTION: So when you said that you’ve heard – that you didn’t hear any difference of opinion in terms of enforcing the existing sanctions, I mean, one of the ideas that the Russians and the Chinese put forward today at the Security Council meeting was – well, the Russians in particular talked about exemptions for certain projects that both North and South had agreed to, and then the Chinese talked about more broader easing.

But are you saying that the ASEAN countries are opposed to both, as you are? And I assume – I just want to make sure – the U.S. is opposed to both until there is some actual movement or denuclearization, correct?

DEPUTY SECRETARY SULLIVAN: Sure. So two parts to that question. The UN Security Council resolutions that we’re seeking to enforce don’t provide any of those exceptions. We’re not in favor of those. The discussion that we had today with the – at the ASEAN ministerial, what I said was I did not hear from those member-countries any support for those exceptions or any exceptions, which is not to say that they then made affirmative statements to me that they would oppose across the board. I don’t want to put words into their mouths, but that was not raised at the meeting that I co-chaired today.

MR PALLADINO: Yes, sir. Back there.

QUESTION: Yeah. We have been listening to Prime Minister Mahathir, who spoke yesterday at the CFR and this morning at the Asia Society. What exactly would you expect from the ASEAN countries in regard to the South China Sea? Is there something they could do?

DEPUTY SECRETARY SULLIVAN: For the South China Sea. That’s another topic, of course, that we discussed today at the ministerial, and I think there was unanimity among the members in the room that there are, everyone acknowledges, disputed claims in the South China Sea. What every one of those member-countries and the United States is looking for is resolution of those claims not unilaterally by one country but under the norms of international law.

And our opposition to what the Chinese Government has done in the South China Sea is not because we think we’re making a determination that China does or does not have a claim to a particular feature of the South China Sea. We want international law to be followed and for there to be a peaceful process, not a unilateral decision by one country, to resolve those claims, which involve a number of different countries – Philippines, Vietnam, et cetera, Malaysia.

QUESTION: But there’s a lot of dissent. There’s no consensus amongst the ASEAN countries vis-a-vis China. Do you see that happening? Is that what – is that your perception?

DEPUTY SECRETARY SULLIVAN: Dissent in what regard?

QUESTION: I mean, there’s no consensus in dealing with China.

DEPUTY SECRETARY SULLIVAN: Well, my discussions – for example, I met – I’ve met with a number of – bilaterally with a number of ASEAN countries during my week here at UNGA. I would say that there is consensus, a commitment by ASEAN and the United States to the rule of law, the Law of the Sea treaty, that that should govern these claims, disputed claims to the South China Sea, and not unilateral actions by one country to develop features in the South China Sea and, even worse, to militarize them.

QUESTION: Thank you. Was there any discussion about fallout from a U.S. trade war with China, and was it raised at all about what constitutes election meddling? Surely there are other countries in ASEAN that have taken out ads in American newspapers. And was there concern that they might be accused of election meddling?

DEPUTY SECRETARY SULLIVAN: We didn’t discuss election meddling per se at the ministerial meeting that I just came from. We did discuss certain core values that the United States and the ASEAN countries share, which is a commitment to a free and reciprocal trading system that treats countries fairly and – but as to the specific question of election meddling, that didn’t come up at this particular meeting, which is not to say it’s an unimportant issue, which there – there’s only so much time in a – have so many issues that can be covered in a 90-minute meeting.

MR PALLADINO: Are you?

MR PALLADINO: Another one. Well —

DEPUTY SECRETARY SULLIVAN: The daily diary of the American dream.

QUESTION: It depends how you look at it.

So just back to North Korea, what is the U.S. prepared to offer in exchange for a declaration of assets? Because presumably as part of the negotiation there is going to be a give and take, so what will the U.S. give in return for this declaration? And also, how do you intend to continue the campaign of maximum pressure when you have Russia and China now openly using the UN platform to call for an easing of sanctions?

DEPUTY SECRETARY SULLIVAN: Well, on the first question, I’m not going to discuss Secretary Pompeo’s negotiating strategy and what we might be prepared or not prepared to offer or discuss. What I will reaffirm, though, is our commitment to the UN Security Council resolutions, multiple resolutions adopted unanimously by the Security Council – that all we’re doing is saying that those should be enforced.

MR PALLADINO: Do we have a Southeast Asian nation that would like to ask a question, per chance? Sir.

QUESTION: He’s not a Southeast Asian. (Laughter.) What one are you? Singapore? (Laughter.)

QUESTION: I want to ask you about Myanmar.

QUESTION: The Rohingya issue and to what extent that came up during the talks. I know the Secretary has a meeting as well with Myanmar today. What – do you see any forward movement on resolving the Rohingya issue in terms of a resolution of having some of the refugees come back? What was the U.S. stance during these talks and what was the overall reaction from ASEAN members in terms of pushing forward that issue?

DEPUTY SECRETARY SULLIVAN: Well, as you know, there – the State Department issued a report earlier this week, a factual report on the horrific atrocities that were committed. And the United States has also announced – I believe Ambassador Haley announced this week a further – it was $185 million to try to address the humanitarian crisis that has ensued. I think that brings our total up to almost $400 million that the United States has committed to address this horrific humanitarian situation that we see. And that’s a sign of our commitment to doing right by these people who have been so horribly treated and to bring those who are accountable to justice.

QUESTION: Just – Robert, just a follow-up on that.

QUESTION: Yeah, I wanted to ask about the report released on Monday, the factual report. It detailed lots of atrocities but it did not use the word “genocide,” did not use the word “crimes against humanity.” Why not? And why was it released on Monday without any press conference, without any press release? It seemed to us that it was deliberately low-key. Was that the intention?

DEPUTY SECRETARY SULLIVAN: That wasn’t addressed by the report.

MR PALLADINO: Deputy Secretary Sullivan, thank you very much for coming today and thank you all for coming and the embargo is lifted.