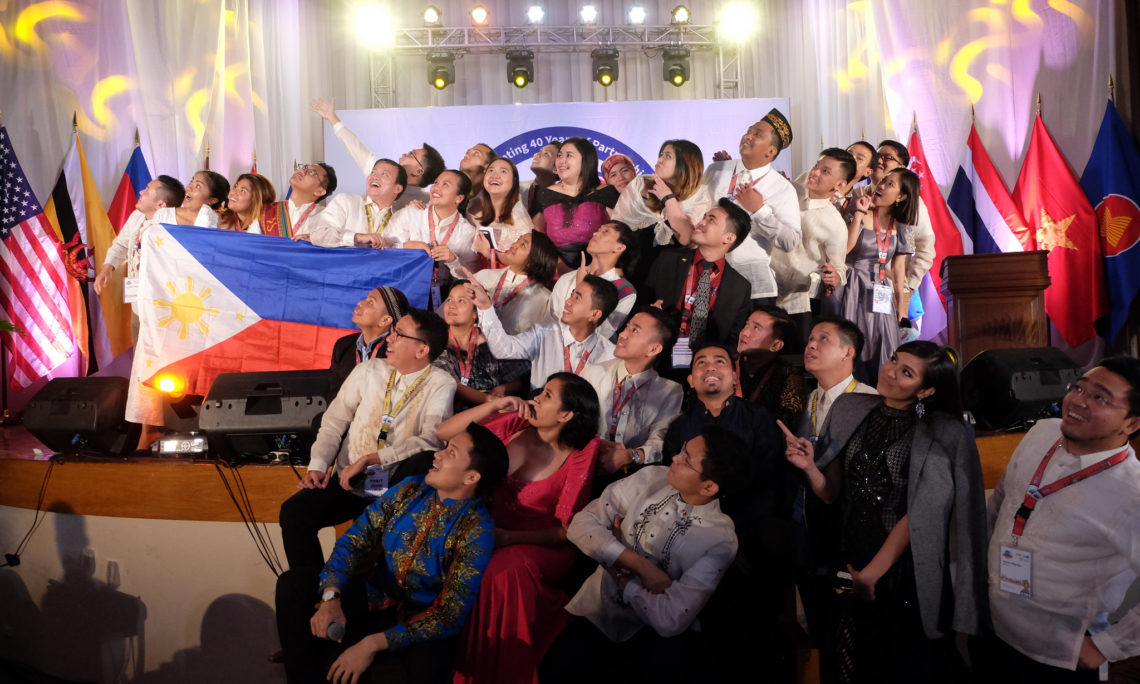 MANILA – Two-hundred and fifty emerging leaders between the ages of 18-35 representing all ten Association of Southeast Asian Nations (ASEAN) member states will come together for five days of advanced leadership training, collaboration, and networking during the 2017 Young Southeast Asian Leaders Initiative (YSEALI) Summit to be held in Philippine capital of Manila from October 17-21, 2017.

The YSEALI Summit is sponsored by the U.S. Department of State and funded through the U.S. Embassy in the Philippines, which is organizing and administering the workshop together with Cultural Vistas.

This third annual YSEALI Summit will equip these rising leaders with the training and mentorship necessary to address the complex and dynamic political, social, economic, and environmental issues confronting ASEAN. In this 40th anniversary year of U.S.-ASEAN partnership, the Summit delegates will also focus on the role of youth and YSEALI in addressing ASEAN development and in strengthening U.S.-ASEAN relations in the next 40 years.

The Summit will accomplish these goals through a combination of hands-on activities, lectures, and simulations focused on advanced leadership skills such as systems thinking; communications and negotiations; 21st century collaboration; and approaches to meaningful dialogue.

The program will also include a special reception celebrating both ASEAN’s 50th anniversary and the 40th anniversary of U.S. and ASEAN partnership. Representatives from the embassies of ASEAN member nations to the Philippines will join with U.S. government representatives and the YSEALI Summit delegates to mark these historic anniversaries and to meet the young leaders from their nations.

Prior to arriving at the summit, the 250 young leaders completed five weeks of online learning activities. While in Manila, they will continue to collaborate in multi-national teams to design service projects that they will implement across ASEAN in December 2017 as part of YSEALI YOUnified, an ASEAN-wide campaign of youth-led community service initiatives to mark the fourth anniversary of YSEALI.

For the last 40 years, the United States has partnered with ASEAN and its member states on economic engagement, security, rule of law, sustainable development, human rights, and people-to-people programming.

According to the ASEAN Secretariat, 65 percent of the population in the region is under the age of 35. These 400 million youth will define the Asia Pacific region for decades to come, so their participation in solving global challenges is critical to the development and prosperity of the region.

Recognizing this fact, the U.S. government launched YSEALI in 2013 to strengthen partnerships with emerging leaders in Southeast Asia; to expand their skills as effective civic, economic and non-governmental leaders in the region; and to nurture an ASEAN community of leaders who work together to solve common issues.

This year’s YSEALI Summit will mark the third such gathering of alumni from YSEALI academic and professional fellowships, regional workshops, and Seeds for the Future grants programs. Previous summits were held in Kuala Lumpur, Malaysia (Nov. 19-23, 2015) and Luang Prabang, Laos (Sept. 6-9, 2016).

Learn more about the Young Southeast Asian Leaders Initiative at ysealisummit.org and follow summit updates in real time at #YSEALISummit.

U.S. Ambassador to the Philippines Sung Kim delivered the opening remarks to officially kick off the 2017 #YSEALISummit.