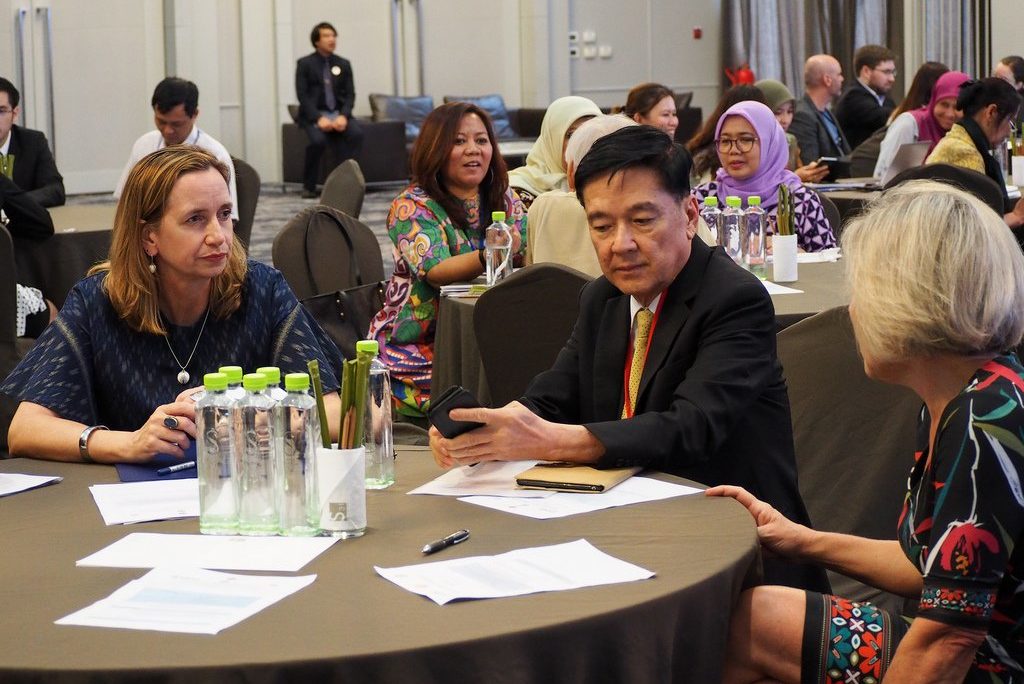 The U.S. Government continued its ongoing support to counter TIP in ASEAN by providing technical support and expertise to the ASEAN Commission on the Promotion and Protection of the Rights of Women and Children (ACWC) to draft the ACWC Regional Guidelines and Procedures to Address the Needs of Victims of Trafficking in Persons, Especially Women and Children, which were officially launched today in Bangkok. Today’s launch event drew in over 70 participants from ASEAN bodies; Government of Thailand, including Ms. Pornsom Paopramot, Inspector General from the Ministry of Social Development and Human Security; civil society organizations; and international organizations, donors, and Dialogue Partners.

In his opening remarks, Mr. Wanchai Roujanavong, ACWC Thailand Representative for Children’s Rights and the ACWC Chair, welcomed participants and explained how the Guidelines and Procedures were developed by ACWC to support practical implementation of the ACTIP: “These Guidelines provide ASEAN Member States with a common approach through which to implement commitments under the ACTIP, presenting a set of agreed upon regional multi-sectoral guidelines and procedures that reflect national, regional, and international commitments.” Mr. Wanchai went on to explain the next steps, including tailoring the Guidelines to useful tools for practitioners at the national level—a process that will commence immediately in the days following the launch.

In her opening remarks, Jessica Zaman, Office Director of USAID Regional Development Mission for Asia’s Office of Economic Growth and Vulnerable Populations, echoed Mr. Wanchai’s remarks, reinforcing the United States’s commitment to countering Trafficking in Persons in ASEAN: “To maintain the momentum and build upon ASEAN’s concerted efforts in combatting trafficking in persons, the United States is proud to have supported the process of consultation amongst the region’s foremost practitioners and experts in the drafting of the Guidelines. Over the course of three consultations, the ACWC and their appointed TIP experts review, refined, and finalized the Guidelines and Procedures until they were ultimately endorsed by the ACWC in March 2018, just one year after the ACTIP came into force.”

The launch event will be followed by a two-day workshop amongst ACWC-appointed practitioners from eight of ten ASEAN Member States to further elaborate the Guidelines into a model practical toolkit, which with continued support from the PROSPECT project, will be further tailored to capacity building for practitioners at the national-level over the course of the coming years.