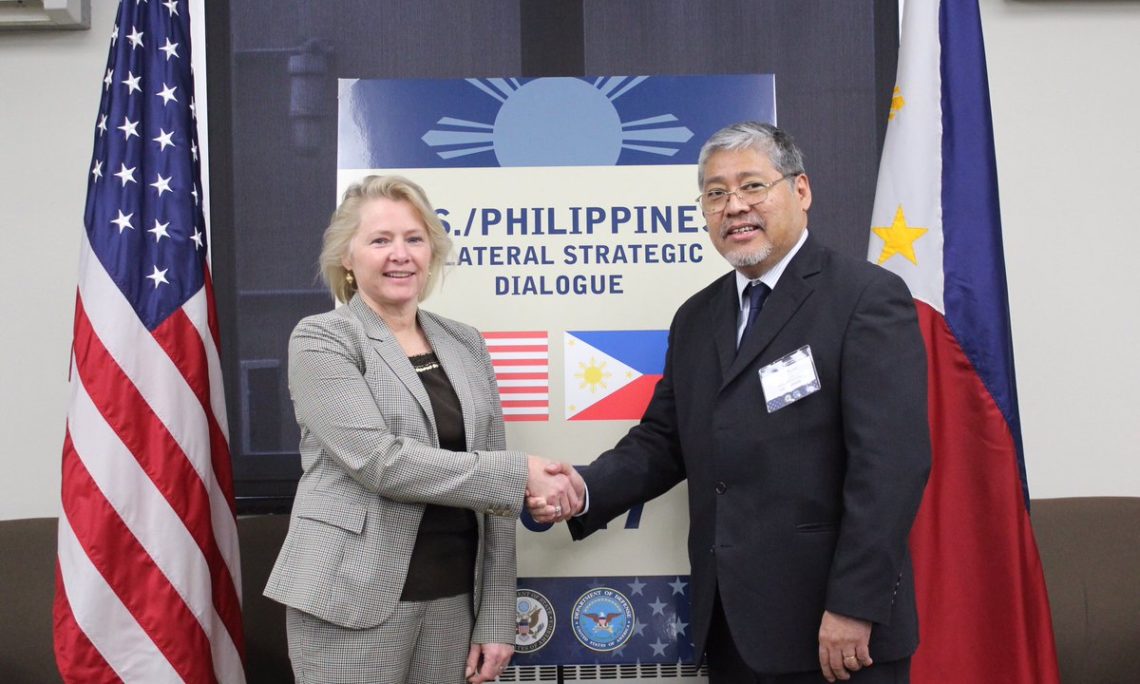 The Bilateral Strategic Dialogue is a key mechanism for discussing the full range of political, security, and economic cooperation between the United States and the Philippines. Four working groups convened to develop action plans for expanding our joint partnership on Defense and Security; Economics, Development, and Prosperity; Regional and Global Diplomatic Engagement; and Rule of Law and Law Enforcement. The Joint Statement between the United States and the Philippines issued after the meeting in Manila of President Donald J. Trump and President Rodrigo R. Duterte on November 13, 2017 provided the guidance for the Dialogue.

During the Dialogue, senior officials discussed a wide variety of issues of mutual interest and reaffirmed their commitment to deepening collaboration in areas including maritime security, humanitarian assistance and disaster response, cybersecurity, countering transnational drug trafficking, countering terrorism, and improving drug prevention and treatment services, as well as combating wildlife trafficking and illegal, unreported, and unregulated fishing. The senior officials further pledged to continue working together to effectively eliminate human trafficking. The U.S. and Philippine delegations emphasized the importance of the rule of law, human rights, and fundamental freedoms. The United States congratulated the Philippines on defeating ISIS-supported terrorists in Mindanao and vowed to continue to support the fight against terrorism and the rehabilitation of Marawi.

The U.S. and Philippine delegations reaffirmed their commitment to deepening the extensive economic relationship between the two countries. Both sides noted the substantive discussions on cooperating in areas such as science & technology, agriculture and fisheries, and health and environment. They welcomed the bilateral Trade and Investment Framework Agreement (TIFA) discussions held on November 29, and look forward to more robust discussions on ways to expand free, fair and reciprocal bilateral trade, including through exploring a potential Free Trade Agreement.

The United States and the Philippines discussed their shared concerns about security challenges in the region and pledged to work together to end North Korea’s unlawful ballistic missile and nuclear programs, and the United States welcomed the Philippines’ compliance with the relevant United Nations Security Council Resolutions. Both sides reiterated their commitment to uphold freedom of navigation and overflight and other lawful uses of the sea in the South China Sea, and stressed the importance of peacefully resolving disputes in accordance with international law, as reflected in the Law of the Sea Convention.

Both sides also expressed their desire to strengthen regional cooperation under the ASEAN-U.S. Strategic Partnership and in APEC, and decided to focus on action plans that would contribute to regional stability, economic integration, and connectivity. The United States congratulated the Philippines on its success as the 2017 ASEAN Chair and for hosting President Trump’s successful visit to Manila.