Two documents under the new Law on Natural Disaster prevention and Control were issued by Prime Minister in August 2014, including Decision N044 on “Provisions on disaster risk level” and Decision N046 on “Regulation on disaster forecasting, warning and dissemination” to strengthen the legal framework for early warning of disasters in Vietnam. To understand better the practice of early warning and disaster response at provincial level, as for a case study, I conducted the field trip to three central disaster-prone provinces of Viet Nam (Da Nang, Quang Nam, and Quang Ngai). At these provinces, meetings and interviews were mainly held with directors of the Regional and Provincial Hydro-meteorological Centers and representatives of from the Committee for Flood and Storm Control and Search and Rescue (CFSC&SR). These are two important organs in implementation of early warning and disaster response through all government level down to provincial, district, and commune levels, while the former is responsible for issuing the warning, the latter is responsible for planning and responding to disasters. 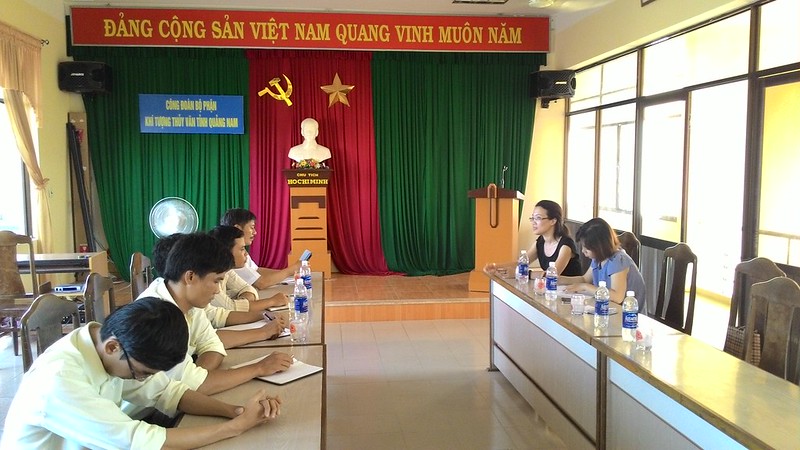 Early warning system is extremely important to reduce the damage of extreme events by providing exact and timely information. At provincial levels, the Hydro-Met Center receives information from the National center and in considering with local data, it makes detail forecasts and warnings for its responsible area. According to the director of Regional Hydro-Met Center, Mr. Tran Quang Chu, recently under ODA fund from Italia, 74 weather and hydro automatic stations were installed in six central provinces for improving observations of the extreme weather and hydro phenomena. However, many stations were at the places of old stations, so the actual number of stations is not greatly increased and the distribution of stations is not sufficient. There is requirement for more automatic observation stations for enhancing local data input in preparing warnings. Beside traditional information from observation stations, at provincial Hydro-Met centers, forecasters have limited access and experience to use geospatial data because of lacking information and skills, admitted Mr Truong Tuyen, director of Quang Nam Hydro-Met center.

Under the new Law, it requires input information of risk levels associated with hazard warnings. Although the Decision N044 provides the guidance on different levels of risks in terms of hazard types, it is still difficult for provincial hydro-met offices to implement because of lacking risk maps at almost provinces. Mr. Nham Xuan Sy, director of Quang Ngai Hydro-Met. Center mentioned: “The referenced different levels of risk in the 44 Decision are hardly suitable to each situation, for example in practice, one tropical cyclone made a landfall on Binh Thuan province, but it caused heavy rains and induced flood in Quang Ngai, resulting in more severe damages here”. 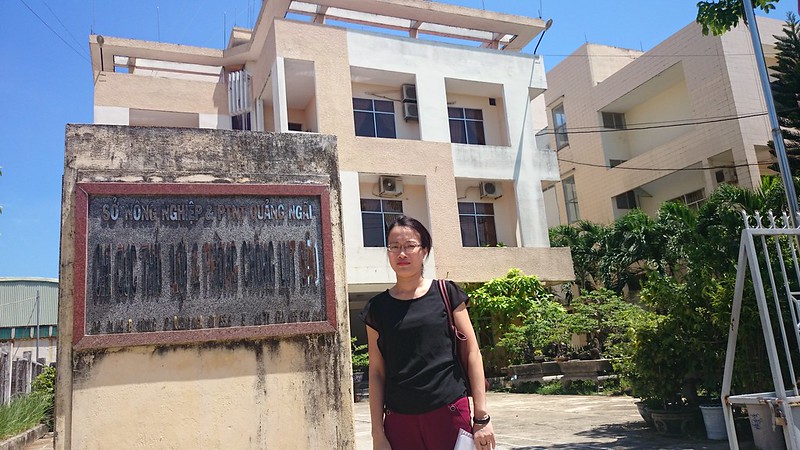 The process of disseminating hazard warnings and response orders from the provincial level to the districts and communes mostly relies on official administration line (hard copy), telephone, and email. The SMS started in operation in Da Nang, however, it is very costly, hence, the message should be shortened, admitted Mr. Le Duy Vong, director of Department of Irrigation and Strom & Flood Control. Warning messages reach to the public principally through national and local television and radio, and within the communes, system of loudspeakers is the prime source for hazards warning and response guiding. The CFSC&SRs not only warns the public, but also indicates the actions to be taken to mitigate the impact of storms and floods. The warning messages include instructions such as calling back boats and ships to safe shelter, preventing boats and ships from setting out to sea, inspecting and strengthening dykes, and evacuating people and property from disaster-prone areas. It is worth noting that the community is very much aware of the need for timely warning and considers it an obligation of the CFSC&SR to issue timely warnings to people and assist in the evacuation of the elderly, disabled, women and children. Along the coast, it is required to install towers indicating warnings of tropical storms for fishermen, but this is still under construction for most provinces. Only at Quang Ngai, under the USAID fund, the Disaster Management Center is currently building, the satellite communication network from province to communes will be set up for ensuring the throughout communication during severe weathers and disasters.

In summary, the legal framework has contributed to building an effective early warning system for floods and storms in the coastal disaster-prone provinces in Viet Nam. The early warning system together with effective action such as evacuations in flood-prone areas in the coastal zone, the prevention of ships going out to sea has gradually helped in a significant reduction  of deaths caused by storms and floods in the coastal areas. However, there are still requirements in improving flood forecasting by installing denser observation network and in mitigation and response capacity by providing risk maps.

About the Author: Dr. Pham Nga is one of the ASEAN-US fellows from Vietnam, Pham is now working at National Institute for Science and Technology Policy and Strategic Studies, belonging to the Ministry of Science and Technology (MOST). Her work will focus on the early warning system for disaster risk reduction in Vietnam with a particular attention to storm and floods, which are the most frequently disasters occurred in Vietnam and result in large damage of deaths, missing, and economic lost every year. Her work will include evaluating the functionality of Vietnam’s EWS and will be drafting recommendations to improve effectiveness. She also anticipates doing a case study in one city focused on how they are implementing EWS for floods and storms.