The policy dialogue entitled “Climate Change and Capacity Building for Climate Resilience of Local Community: Knowledge and Experience Sharing Among Central Provinces in Adaption Planning” was held in Quy Nhon city, Binh Dinh province in August 12th 2014. Participants of this meeting include 35 delegates from the Department of Natural Resources and Environment (DONRE), Department of Construction (DoC), Department of Agriculture and Rural Development Department (DARD), the Department of Transportation (DoT) from five central provinces of Binh Dinh, Quang Nam, Quang Ngai, Khanh Hoa, Phu Yen. Representatives of the Ministry of Construction (MoC), Ministry of Planning and Investment (MPI), Ministry of Natural Resources and Environment (MoNRE), and the National Assembly also attended the meeting. 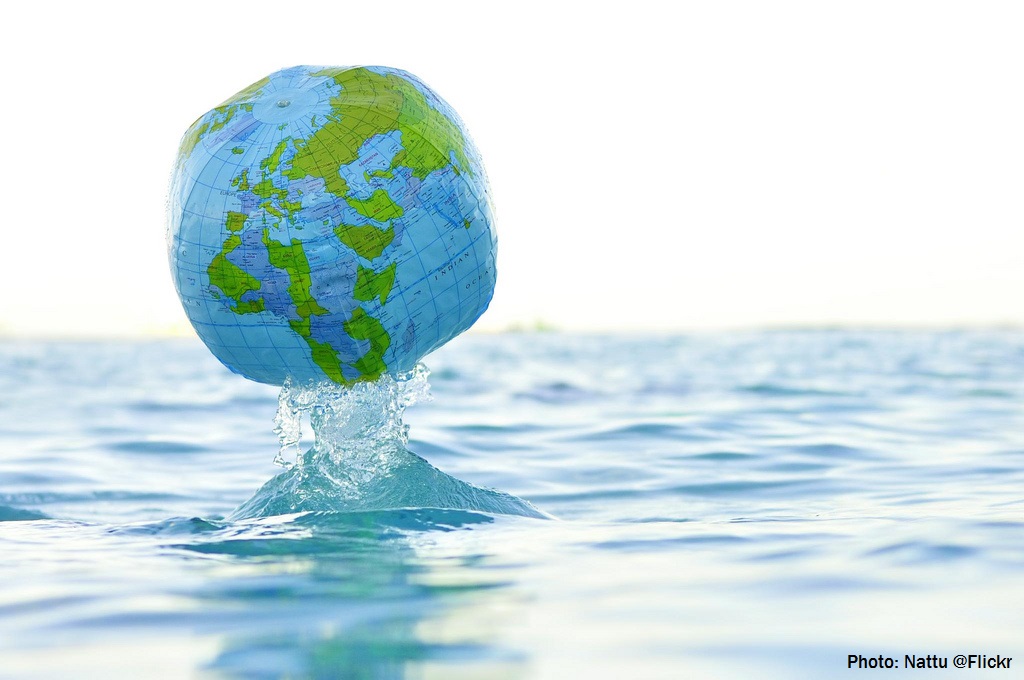 This policy dialogue was organized by the National Institute of Science and Technology Policy and Strategic Studies (NISTPASS) in cooperation with the Institute of Social and Environmental Transition (ISET) and The Climate Change Coordination Office of Binh Dinh Province. The dialogue aimed to create a forum for local officials to discuss the challenges and solutions in Urban Climate Change Resilience Planning (UCCRP) in central provinces.

For a background discussion, Dr. Bach Tan Sinh from NISTPASS and Dr. Mike DiGregorio from the Asia Foundation presented the findings from their studies. Subsequently, in the group discussion related to the challenges of urban planning in response to climate change, provincial delegates addressed many practical problems in the central region. Among the problems that were discussed were the human resources shortage and weakness; the limited financial resources; and also the common phenomenon that construction works are often planned and licensed to foster the economic growth of the province and its inhabitants that results in little consideration of scientific findings as well as the integration of climate change. At the same time, participants also shared the solutions that were applied in their provinces and questions/suggestions to representatives of ministries and the representative of the National Assembly.

One point worth noting is the policy dialogue helped participants to recognize the importance of three issues including the role of research, the involvement of vulnerable communities, and the need for inter-provincial cooperation in UCCRP. In the first issue, after listening to two scientific reports about current situation of UCCRP, participants had a consensus that there should be more scientific studies to provide data base of risk evaluation and the impact of urban development toward ecological environment. In addition, for the research results to be fully utilized, the scientists should consult with policy makers before implementation stage and be able to produce specific, cost-effective, and crystal clear recommendations to policy makers. Secondly, about the role and participation of vulnerable communities in UCCRP, it is the shared recognition of the audience that vulnerable people should be better involved, informed, and insured in the UCCRP process. The third issue discussed by the participants was that UCCRP should be considered as the systematic and an inter-provincial issue, particularly flood management issue.

In summary, the policy dialogue in Quy Nhon city created, for the first time, the opportunity for officials at the same level from five neighboring provinces in central region of Vietnam to meet and discuss about the UCCRP.  By narrowing the difference among the audience, in terms of experience, knowledge and responsibilities, the discussion was much more focused, effective, and deep down to the problems of UCCRP. The policy dialogue achieved positive results including new awareness about the role of research and vulnerable community, and a consensus for inter-provincial cooperation for a sustainable and effective planning action toward climate change.

About the Author: Dr. Anh Pham is an ASEAN-US Fellow from Vietnam. She is currently assigned to work at the National Institute for Science and Technology Policy and Strategic Studies, a research institute of the Ministry of Science and Technology (MOST) in Viet Nam. Her work is focused on urban climate change adaptation issues. She is helping NISTPASS to develop guidelines for Viet Nam to support Urban Disaster Risk Reduction based on lessons obtained from the Asian City Climate Change Resilience Network (ACCCRN) projects in Vietnam.