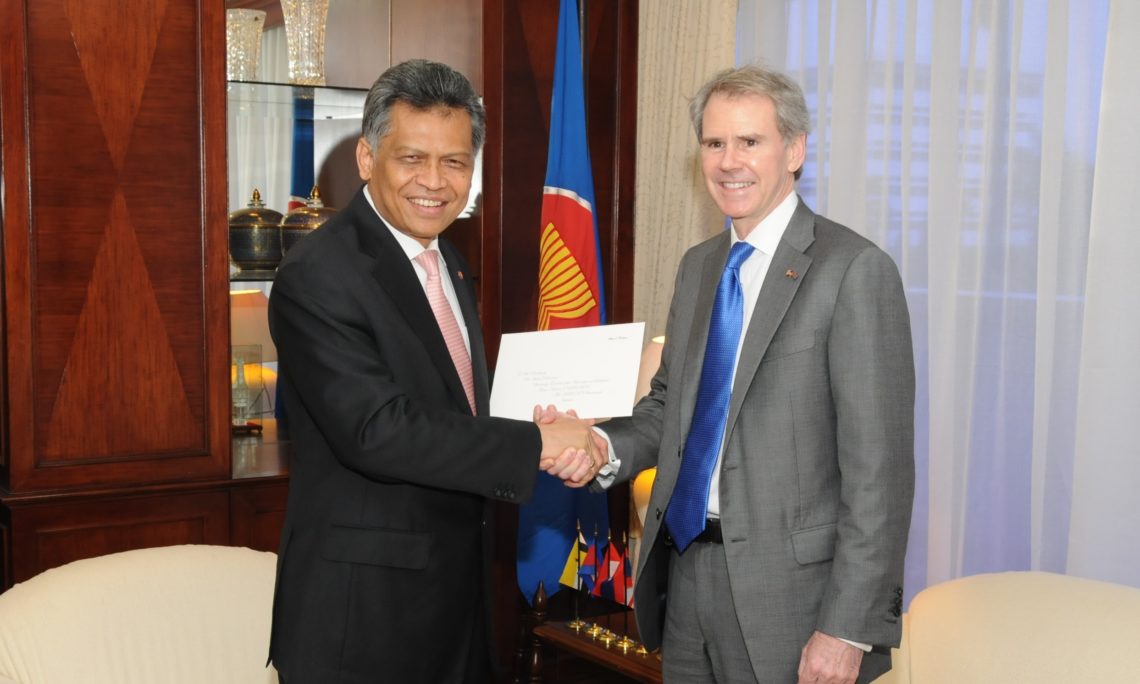 In a ceremony today at the ASEAN Secretariat in Jakarta, H.E. David Lee Carden, the United States’ first resident Ambassador to the Association of Southeast Asian Nations, presented his credentials to ASEAN Secretary-General Dr. Surin Pitsuwan. Dr. Surin will transmit Ambassador Carden’s credentials to ASEAN foreign ministers via the ASEAN Committee of Permanent Representatives in Jakarta.

“I am deeply honored to stand here with Dr. Surin as I begin the important mission President Obama has asked me to undertake,” Ambassador Carden said in a brief statement. “ASEAN is at the center of profound changes taking place in Asia. The United States is committed at all levels to supporting a robust ASEAN role in realizing the vision of an integrated, secure, prosperous, and democratic Southeast Asia.”

The United States has been steadily increasing its cooperation with ASEAN. Total trade between the United States and ASEAN countries totaled more than US$ 146 billion in 2009, and United States investment stood at over $3.3 billion, accounting for over 8.5 percent of total foreign direct investment in the region. United States President Obama met with ASEAN leaders in November 2009 and September 2010. Secretary Clinton included a visit to the ASEAN Secretariat on the itinerary of her first overseas tour in February 2009, and will soon return to Indonesia to attend the ASEAN Regional Forum Ministerial Retreat and Post Ministerial Conference in Bali in July.

“The United States has been impressed with Indonesia’s strong commitment to ASEAN during its chairmanship this year,” Ambassador Carden said. “I look forward to working with my Indonesian colleagues, and all of my new ASEAN friends, to consolidate and extend ASEAN’s recent advancements.”