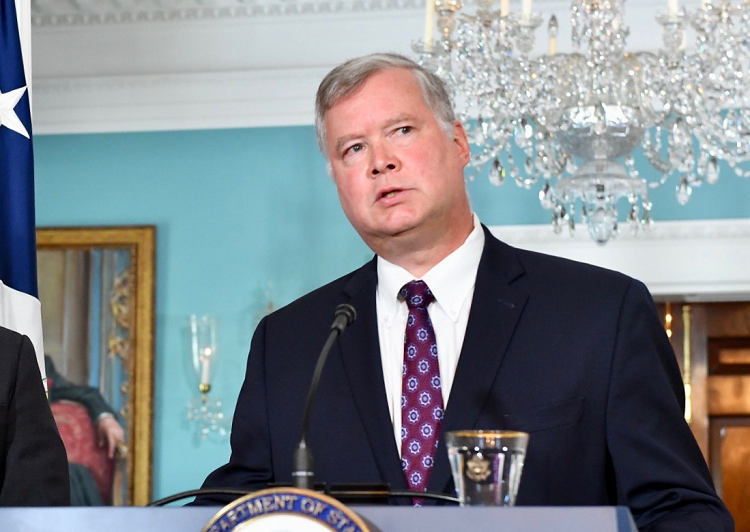 Deputy Secretary of State Stephen E. Biegun led the U.S. delegation at the 27th Annual ASEAN Regional Forum (ARF) Ministerial Meeting, attended by Foreign Ministers of the 26 ARF participating countries, including the DPRK, as well as the EU High Commissioner.

Deputy Secretary Biegun was joined by several foreign ministers in underscoring the importance of the international rules-based order in addressing increasing tensions and militarization in the South China Sea, the need for unhindered humanitarian access and the cessation of violence in Rakhine State, concern over the erosion of autonomy and human rights in Hong Kong, and the U.S. support for a path to lasting peace in the Korean Peninsula. The Deputy joined other ARF participants in expressing concerns about the coronavirus pandemic’s impact and the need for a well-coordinated regional response and an affordable vaccine. The Deputy called for timely and transparent information exchange and highlighted the $20.5 billion that the U.S. government has allocated for the development of vaccines and therapeutics, preparedness efforts, and other foreign assistance.

Deputy Secretary Biegun highlighted the launch of the Mekong-U.S. Partnership and announced more than $150 million in additional funding to combat transnational criminal activity in the Mekong, including the trafficking of persons, drugs, wildlife, and natural resources.  The Deputy also recognized the powerful role of women as peacemakers and leaders and championed the U.S. commitment to advance the global Women, Peace, and Security agenda.  Deputy Secretary Biegun highlighted USAID’s support to ASEAN in developing the ASEAN Plan of Action to implement its Women, Peace, and Security agenda.