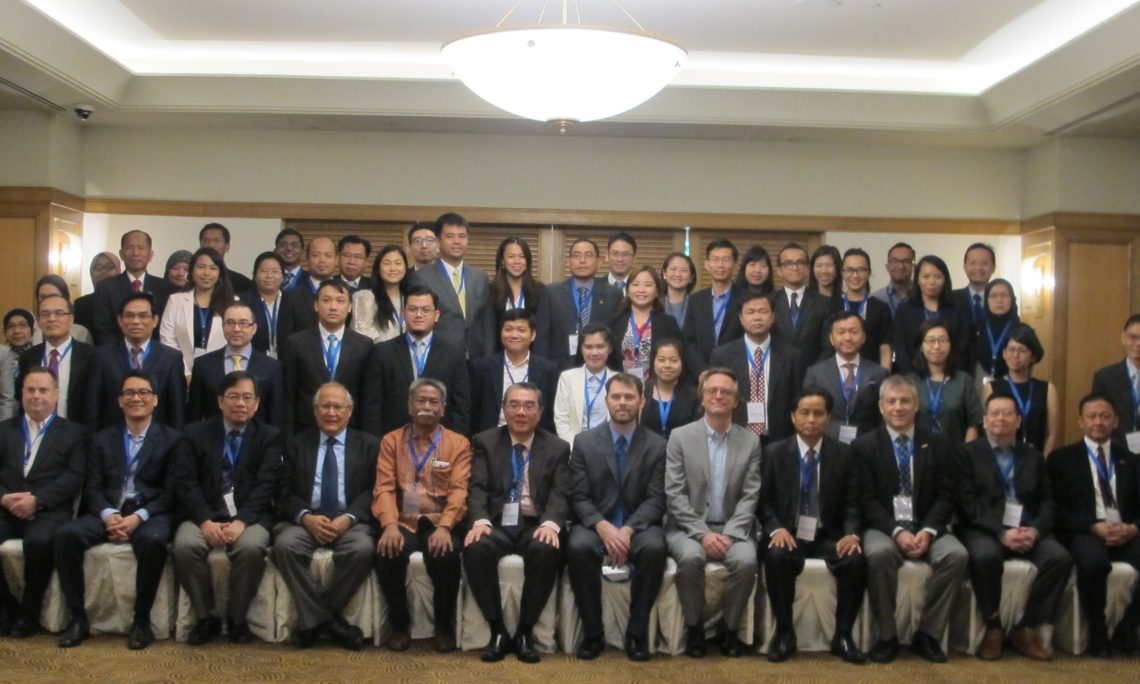 November 1-2, 2017 – Over 65 stakeholders from relevant ASEAN Sectoral, Ministries of Foreign Affairs of ASEAN Member States, the ASEAN Secretariat, academia, and legal experts gathered in Singapore to discuss ASEAN as a rules-based institution capable of effective implementation of its agreed upon legal instruments. The ambitious day and a half forum not only provides a platform for high-level dialogue on what it means for ASEAN to be a rules-based institution, but also provides a forum to elicit critical feedback from ASEAN Sectoral Bodies and legal experts on a practical reporting system recently developed by the Legal Services and Agreements Directorate (LSAD) with the support of the U.S. Government through ASEAN-U.S. PROGRESS and GIZ through the “ASEAN Secretariat Post-2015” project. The consultation forum was collaboratively organized with support from ASEAN-U.S. PROGRESS, GIZ, and the S. Rajaratnam School of International Studies (RSIS).

The practical reporting system was developed by LSAD to be an effective tool for relevant ASEAN Secretariat desk officers to gather data and report on the status of the implementation of ASEAN legal instruments with the most updated information available.

In his welcoming remarks, H. E. AKP Mochtan, Deputy Secretary-General of ASEAN, reinforced the underlying reasons for the development of this practical reporting system and the purpose of the consultation: “Recognizing the importance of the need for the effective implementation of legal instruments, the ASEAN Leaders in 2016, … required that the Annual Report of the Secretary-General of ASEAN on the work of ASEAN to the ASEAN Summit should incorporate a robust reporting system on the legal status of ASEAN Legal Instruments as well as their implementation.” Thus, the establishment of a reporting system is a crucial and practical step for ASEAN toward becoming a more rules-based institution.

While the ASEAN Charter provides the institutional framework upon which to build a rules-based ASEAN, to realize this aspiration and accelerate regional integration requires a commitments to more closely examining the implementation of existing legally binding instruments. In his key note address, Ambassador Ong Keng Yong, former Secretary-General of ASEAN, reinforced ASEAN’s aspirations but also conceded there is still work to be done: “The ASEAN Charter, adopted in 2008, has laid down the principles for a rules-based ASEAN, but the transformation has not taken place. Following a rules-based ASEAN principle should not be viewed as a ‘bothersome’ act for Member States as it is a fundamental responsibility.” He went on to relay an anecdotal story he recently told a room full of high school students to explain the importance of rules. He said that as a mobile phone user one if forced to follow a certain set of rules of usage designated by the communication applications on the phone, otherwise one is not able to communicate using the phone. It is the same as ASEAN and its rules-based nature. If you do not subscribe to the rules, you cannot derive the benefits.

The third in a series of workshops, two of which have been supported by the United States Government through the ASEAN-U.S. PROGRESS project in partnership with RSIS, the Consultation on a Rules-Based ASEAN: Legal Instruments and their Implementations continues an on-going conversation about the importance of ASEAN’s aspirations to become a rules-based institution. Nils Bergeson from USAID Indonesia reiterated the U.S. Government’s commitment to supporting ASEAN to realize its aspiration to become a more integrated and rules-based community: “the U.S. Government is proud to support ASEAN’s continued efforts to realize its goal of becoming a rules-based institution and will continue to look for ways to support the important process through both tangible means as well as the necessary discourse that accompanies it.”

Following a lively discussion on the opening session entitled “Instituting an Ecosystem to Support a Rules-Based ASEAN” the forum turned attention to a discussion of the newly-developed practical reporting system. Based on comments and suggestions from the afternoon session, it is clear that there is support for the continued refinement and expansion of the LSAD practical reporting system. Ultimately, in line with the objectives of the system, the report will be included as part of the ASEAN Secretary-General’s report to ASEAN Leaders on the progress of implementation of ASEAN legal instruments.