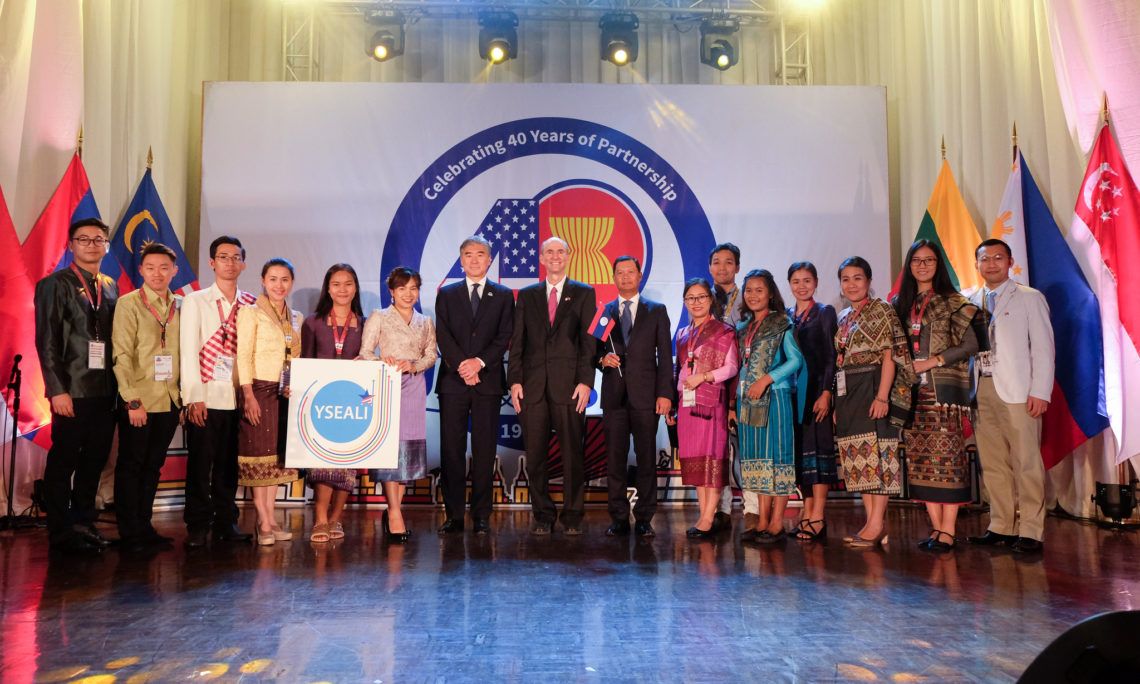 Good evening! It is a pleasure to be here with all of you at this exciting event. Thank you Ambassador Kim and Assistant Secretary de la Vega for your excellent remarks and for being here to help us celebrate these milestones.

ASEAN lies at the heart of the Asia-Pacific region, which is diplomatically, economically, and strategically central to U.S. interests in the 21st century. The United States and ASEAN share a strong and enduring interest in building and sustaining a rules-based order in the Asia-Pacific. Our relationship has expanded dramatically over the last eight years. In 2009, we signed the Treaty of Amity and Cooperation with Southeast Asia. We joined the East Asia Summit (EAS). We became the first ASEAN Dialogue Partner to establish a Mission and appoint a resident Ambassador to the ASEAN Secretariat in Jakarta. We now have six annual strategic dialogues with ASEAN countries. In 2013, we created the Young Southeast Asia Leaders Initiative (YSEALI) – the reason we are all here today – which now has over 100,000 members. This year marks the 40th anniversary of the United States’ diplomatic relationship with ASEAN. Relations are stronger than ever, as reflected by the establishment of a Strategic Partnership.

ASEAN is a significant trade and investment partner for the United States. American economic engagement with ASEAN is based on a premise of mutual prosperity. ASEAN is America’s 4th largest trading partner. The United States has cumulatively invested over $274 billion in ASEAN by 2015: more than in the Chinese, Indian, Japanese and South Korean economies combined. American exports to ASEAN member nations already support more than 550,000 jobs in the United States and almost 42,000 U.S. companies export more than $100 billion in goods and services to ASEAN nations every year.

Under President Trump’s leadership, the United States is taking steps to strengthen our partnership with ASEAN and deepen our collaboration. In April, Vice President Pence met with ASEAN Permanent Representatives and the ASEAN Secretary General in Jakarta. During that visit, he announced that President Trump will attend the U.S.–ASEAN Summit and the East Asia Summit in the Philippines and the APEC Leaders Meeting in Vietnam in November 2017. This is a testament to the value the United States places on our partnership with ASEAN and, as a Pacific nation, our engagement with the broader Indo-Pacific region.

YSEALI is helping ASEAN create an ASEAN identity from the ground up. When you leave this Summit, you will take not only our skills but new contacts and connections. You will have colleagues, collaborators, and friends in all ASEAN member states. You will learn about similarities and differences, and we hope you will discover together pathways to solutions to our most pressing challenges.

You young people are the future of ASEAN, which is why cultivating young leaders is one of our priorities at the U.S. Mission to ASEAN. You have the power to help shape the next 40 years in the U.S. – ASEAN relationship. I am fully confident that your creativity, ingenuity and passion will propel this region to new heights. The next generation of ASEAN leaders will continue to forge peace, within ASEAN and within Asia. You will triumph over intolerance, holding violent extremism at bay. You will work to ensure that women and disadvantaged populations have equal opportunity. You will pull millions out of poverty through strong economic growth, stimulated by the ASEAN Economic Community (AEC) and a high quality trade network.

Over the next four days, I challenged you to interact as much as you can with the experts, U.S. Government and ASEAN leaders, facilitators, mentors, and peers. Further explore and apply your advanced leadership skills, build networks, and consider the role of YSEALI and youth leadership to advance U.S.-ASEAN relations and ASEAN integration in the next 40 years. Our goal is to equip you all with with the mindset and skills necessary to address the complex and dynamic political, social, economic, and environmental issues that the U.S. and ASEAN will confront in the next 40 years. It is quite a challenge we put before you – but I know you are up to it!