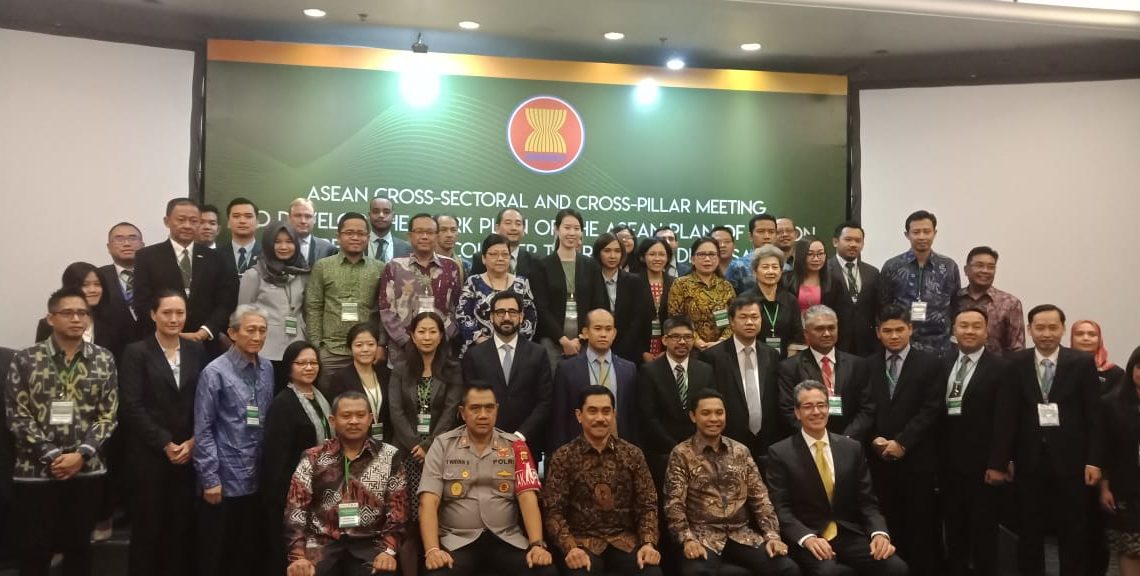 April 4, 2019. The U.S. Government is supporting ASEAN’s efforts to prevent and counter radicalization and violent extremism by providing technical expertise to the Senior Official Meeting on Transnational Crime Working Group on Counter Terrorism (SOMTC WG-CT) to develop the Workplan of the ASEAN Plan of Action to Prevent and Counter the Rise of Radicalization and Violent Extremism. Today in Bali, over 75 participants gathered for the first in a series of consultation meetings to initiate cross-sectoral contributions to the workplan. Participants from 14 ASEAN bodies, including all 10 SOMTC WG-TC representatives, and Government of Indonesia officials, including Police Commissioner and Head of the National Counter Terrorism Agency, General Suhardi Alius, and Police Brigadier and Director of General Criminal Acts of the Indonesian National Police, General Herry Rudolf Nahak, were joined by international observer and resource persons from the United Nations Office for Drugs and Crime (UNODC), United Nations Office on Counter Terrorism (UNOCT), United Nations Development Programme (UNDP), Inter-Governmental Authority on Development (IGAD), and the Council of Europe.

In his opening remarks, General Nahak, welcomed the participants to Bali, and recalled how the SOMTC Indonesia, as the lead shepherd for counterterrorism, was appointed to lead ASEAN’s effort to develop the Work Plan during the 12th ASEAN Ministerial Meeting on Transnational Crime in Nay Pyi Daw. He went on to say that developing a comprehensive multi-sectoral work plan would also contribute to building a coordination framework across sectoral bodies to ensure its implementation. Gen. Nahak concluded by saying “the success of ASEAN Work Plan implementation depends heavily on ASEAN Countries and Sectoral Bodies’ commitment to really contribute under SOMTC leadership.”

In his opening remarks, Mr. Ryan Washburn, Deputy Mission Director of USAID Indonesia, commended ASEAN’s efforts to address violent extremism, stating that “ASEAN has taken steps to share Information and Technology to counter terrorism amongst its Member States and the chair of the SOMTC-Indonesia has been amongst the global leaders in the fight against terrorism.” Mr. Washburn also congratulated ASEAN for recognizing the need for involvement of actors from a broad range of sectors to address an issue as complex as violent extremism. Mr. Washburn concluded his remarks by stating that “to maintain the momentum and build upon ASEAN’s concerted efforts in combating terrorism and violent extremism, the United States Government, through its long-standing partnership with ASEAN, is proud to support the SOMTC Working Group on Counter Terrorism in its efforts to address radicalization and violent extremism.”