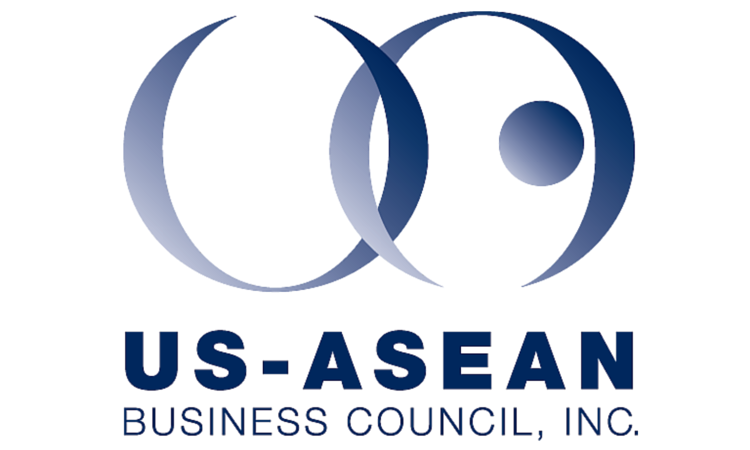 Good afternoon and thank you for being here, especially my ASEAN friends who’ve travelled so far.

Alex, you and USABC have done a great job with your partners on this conference. You have been a steadfast champion for US-ASEAN relations, even back in the days when it wasn’t as cool, and I cannot thank you enough.

The United States has been a partner and supporter of ASEAN for nearly 50 years. But President Obama’s re-focus on Asia as the center of dynamism in this Century has brought us to a “new normal” of intense engagement with ASEAN, a cornerstone of the Rebalance to Asia.

President Obama established a dedicated mission and appointed a dedicated Ambassador to ASEAN.  We were the first non-ASEAN country to do this.  My friend, Ambassador David Carden, who spoke earlier, was our first Ambassador based in Jakarta.  I arrived in 2014, after the extensive remodeling he had to live through at the Residence.

I have been pleased to see the US-ASEAN relationship continue to grow and deepen, and have been honored to play my part. To quote one of my ASEAN Ambassador colleagues in Jakarta, we are entering a “golden era” of U.S.-ASEAN relations.

A few months ago, during our Summit in Kuala Lumpur, we elevated US-ASEAN to a strategic partnership. This new status recognizes the fact that our relationship is very important to both of us and that we cooperate on a host of vital issues.  To explore how our strategic partnership can contribute even more to realizing our common vision of a peaceful, prosperous Southeast Asia that offers security, opportunity and dignity to all of its citizens, President Obama invited ASEANs ten leaders to Sunnylands.

This week’s Special Summit was the first ever stand-alone U.S.-ASEAN Summit in the United States, and it was the first Summit for ASEAN since it launched the ASEAN Community on January 1.

In Sunnylands, leaders talked about a wide-range of shared hopes and common challenges.  It was an informal gathering–or as informal as a meeting of 11 heads of state can get– very collegial, in a beautiful place.  Discussions were varied, interesting and candid, including with three American CEOs.

At that session on the economy, the President announced US-ASEAN Connect, a new initiative that, as Ambassador Froman described, will pull together and deepen economic cooperation with ASEAN.  In particular it will explore cooperation on a topic the leaders focused on in Sunnylands–innovation and entrepreneurship, two real strengths of the American economy and fundamental engines of growth.  ASEAN has ambitions to have a “competitive, innovative and dynamic” integrated Community and we want to share lessons we’ve learned about policies needed to develop an ecosystem that nurtures innovation.

From what I have seen of young people in the region, ASEAN has an abundance of entrepreneurial and innovation talent.   President Obama’s Young Southeast Asia Leaders Initiative which now has over 60,000 members aged 18-35 from all ten ASEAN member states, provides training, a platform  to discuss regional and global challenges and is helping to create an ASEAN identity.  We call this initiative YSEALI, and the President announced a new Innovation Challenge program for these young leaders.  Throughout my travel in the region, I have met with them and, let me tell you, they are engaged, smart, passionate and motivated. Because of them, I know that the future for ASEAN will remain bright.

Now let me take a step back and address a basic question–What motivated President Obama to focus on ASEAN? Why did the US Government spent a relatively large amount of the most precious resource we have—the President’s time at Sunnylands this week?  In other words, why does ASEAN matter to the United States?

The short answer is: We are investing in ASEAN because it is in our clear national interest to do so.  ASEAN unity and integration benefit the United States.  Of course there will always be other parts of the world that also need our attention.  But there are many reasons the U.S. will retain a focus on ASEAN, no matter who the next President is.

Let me share five reasons why I believe ASEAN is important to the U.S., from my vantage point in Jakarta, but it boils down to three words: growth, stability and rules.

You know the first one well: economics.  ASEAN is important to American prosperity.  Trade and investment with ASEAN means jobs and profits at home.

ASEAN is a rapidly growing region with an expanding workforce and a growing middle class.  The ASEAN Community and, in particular, the ASEAN Economic Community, is good for U.S. business because many want to take a regional approach.

Trade with ASEAN, reaching a quarter of a trillion dollars in 2014, makes ASEAN America’s fourth largest trading partner.  Importantly, this trade accounts for over half a million jobs in the U.S.– jobs in every single state in the Union.  The ASEAN middle class is growing by leaps and bounds, with some reports suggesting that it will more than double by 2020.

Importantly, ASEAN has a plan, a very detailed set of blueprints for the ASEAN Economic Community, to reach its ambitious goal of a single market and production base.  And the plan has strong political will behind it.  It won’t happen overnight, but I am confident it will happen.

To support the AEC, the United States government has been helping ASEAN to establish the ASEAN Single Window an electronic customs system to reduce red tape and customs opportunism in the region.  It will launch with five ASEAN countries this year, and one day will connect all ten, so importers and exporters will only have to fill out paperwork once for the whole region.

The second reason for our engagement is that ASEAN is a strategic partner for the U.S. on key transnational challenges that face us all— climate change, terrorism, cyber security, human trafficking and wildlife trafficking, to name a few.

In Sunnylands, leaders agreed to work harder together to prevent such attacks as occurred in Jakarta, and San Bernardino.  They also discussed trafficking in persons.  ASEAN signed its landmark new Convention in 2015.  Two ASEAN nations have already ratified it and once six have done so, it will go into effect and there will be better tools for combatting what President Obama has called “modern slavery.”  We will work with ASEAN to help implement the Convention.

Another challenge that I have focused on during my time in the region is the degradation of marine and coastal ecosystems. Southeast Asia is home to a greater concentration of marine biodiversity than anywhere else in the world.  The waters there support many thousands of fish species and other marine animals that are vital for maintaining healthy ecosystems, offering livelihoods for millions of people in Southeast Asia, and providing seafood that they eat and that we in the U.S. also consume every day.

This marine bounty, and its beauty, is under severe threat.  Climate change, the construction of artificial islands on coral reefs, harvesting of endangered species, and illegal and overfishing  are all happening to an alarming degree.

We are partners with ASEAN on all these fronts.  Moreover, new regulations that the U.S. will enact this year to help prevent illegally caught fish from entering our ports will send a powerful market signal to the region and will, I think and hope, change behavior on the ground.

The third reason the United States will have a long-term focus on ASEAN is because an integrated, unified ASEAN is geopolitically stabilizing.  It is stabilizing because ASEAN works to institutionalize cooperation, threatens no one, dedicates itself to non-violence and seeks strategic independence.

ASEAN forms the stable center of a region with multiple big powers—China, Japan, India and the United States each have a major stake.  Whereas it could be difficult for any one ASEAN country to stand up to a big power when it takes actions that increase tensions and risks, ASEAN as a group can and has.  We want Asia to continue to enjoy the peace that has allowed so many to prosper, and ASEAN is a critical part of that.

In this sense, ASEAN leads by example.  It has helped preserve stability among its incredibly diverse member nations for nearly 50 years.  If you think about the tumultuous geopolitical environment in Southeast Asia at the time of ASEAN’s founding in 1967, it is remarkable that ASEAN managed to forge and keep the peace until today.  Further economic integration will only increase the stabilizing political role ASEAN plays.

Fourth in my list of why the United States cares about ASEAN is that ASEAN convenes Asia.  No one else can bring all the countries of Asia together at the East Asia Summit, the ASEAN Regional Forum and other for a every year to discuss difficult strategic questions.  At the East Asia Summit last November in Kuala Lumpur, President Obama and leaders of half the world’s population discussed key political and security issues facing the region and globe.  We believe that it is vital that officials discuss these issues and not sweep them under the rug.

Finally, but in some ways most important in my list of five reasons why the United States is focused on ASEAN is this: ASEAN plays a vital role in advancing the rules-based order for the Asia Pacific. What binds ASEAN together is a shared commitment to a set of principles.

Three of them are: the importance of rule of law, the peaceful resolution of disputes and the upholding of international law.

Rules and norms provide the connective tissue of the ASEAN Community.  Common approaches, standards and rules are the currency of ASEAN; it is through their harmonization that countries are integrating.  ASEAN also shares our respect for international law which connects it to outside powers and defines expectations for our behavior.

Rules and norms create predictability.  They create a sense of fairness because all countries have the same burden of compliance and responsibility.  Common rules and norms foster habits of cooperation.  In other words, over time, when countries follow shared rules and norms they can create trust.  That is not easy, but in ASEAN, because the ten countries agree on some basic principles and have built up an infrastructure of rules and norms, they have developed a baseline of trust.

Beyond the five reasons I have discussed, the United States and ASEAN are, of course, connected through personal and cultural links.  The United States is a Pacific nation, and we are bound to Southeast Asia by millions of threads through families, through educational exchanges, through tourism.  These enduring ties bind us in friendship and humanity.

For these reasons and more, America will remain deeply engaged in ASEAN for generations to come.  As Secretary Kerry has said: “The future of the United States and the future of ASEAN are absolutely interconnected.”  I hope to see you out in the region soon.  Thank you.