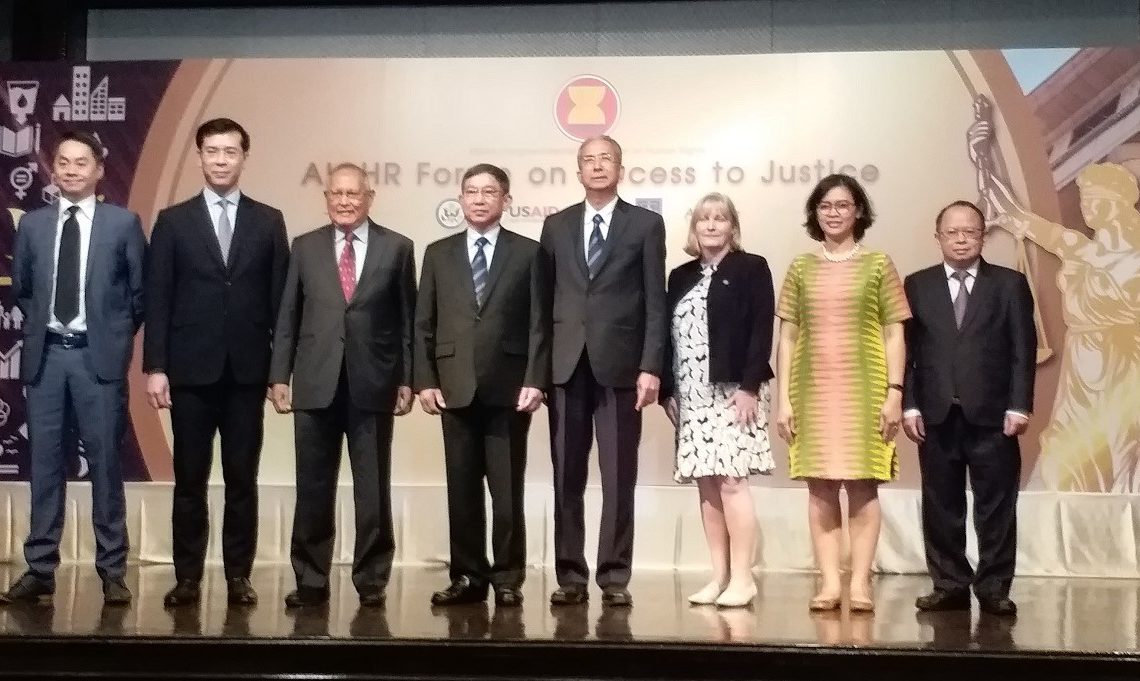 The U.S. Government through the ASEAN-USAID PROSPECT project supported the ASEAN Inter-governmental Commission on Human Rights (AICHR) to hold a regional forum on access to justice, specifically on the topics of legal aid in ASEAN, prisoners’ right to life, and juvenile justice. Bringing together over 90 participants, including representatives from the AICHR, ASEAN Senior Law Officials Meeting, the ASEAN Secretariat, and high-level Thai government officials from the Ministry of Justice, the forum provided an opportunity to launch and present key findings of the thematic study on legal aid and to support ongoing efforts for an additional two relevant regional studies, focused on right to life and juvenile justice.

Access to justice, particularly for youth and other vulnerable groups, is a critical issue affecting the lives of millions of citizens of ASEAN. The three studies and recommendations will further advance discourse on pressing rights issues, such as alternatives to detention of children, reform of the death penalty, regional cooperation on legal aid, and protection of vulnerable groups such as refugee and asylum seekers.

In his opening remarks, Ambassador Barry Desker, AICHR Chair and Representative from Singapore, stated that the rule of law and human rights underpins citizen’s confidence in and ensures stability in ASEAN societies, reinforcing that an inclusive and collaborative approach is at the core of ASEAN. In his welcome remarks, Dr. Seree Nonthasoot, AICHR Representative from Thailand, reinforced the sentiments of his colleague, stating that development can only be sustained if human rights is upheld and respected, a core component of which is access to justice.

Finally, in his keynote address, His Excellency Air Chief Marshal Prajin Juntong, Deputy Prime Minister and Minister of Justice of Royal Thai Government, proposed that multisectoral and cross-border collaboration is essential to succeeding in the provision of better access to justice. He went on to applaud today’s forum as an excellent opportunity to learn from one another and to support ASEAN efforts for a people-centered ASEAN, where no one is left behind.

Since the adoption of the ASEAN Human Rights Declaration (AHRD) in 2012, AICHR has proven to be an effective convener of multisectoral coalitions to address pressing rights issues. The United States Government has been working closely with AICHR since early 2015 and continues to support initiatives focused on mainstreaming major human rights challenges through the three ASEAN Communities:  Economic, Socio-Cultural, and Political-Security.