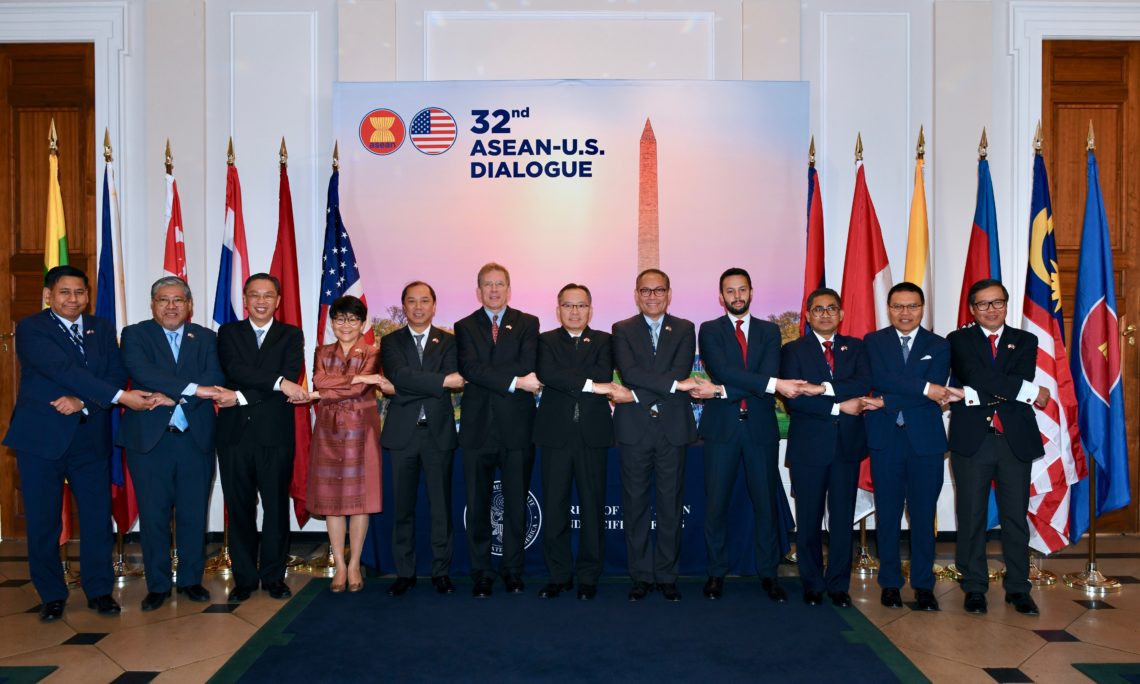 Bureau of East Asian and Pacific Affairs Principal Deputy Assistant Secretary W. Patrick Murphy co-chaired the 32nd U.S.-ASEAN Dialogue in Washington, D.C., on March 28, together with Deputy Foreign Minister Thongphane Savanphet of the Lao People’s Democratic Republic. The dialogue highlighted the broad range of U.S.-ASEAN cooperation across political, economic, and social pillars and highlighted the importance of the U.S.-ASEAN Strategic Partnership in securing a free and open Indo-Pacific region.

The United States reaffirmed its commitment to work with ASEAN in securing a region based on clear and transparent rules and to strengthen the ASEAN-centered regional architecture. Participants welcomed the recent U.S.-DPRK summit in Hanoi, supported continued U.S. openness to diplomatic engagement to achieve the final, fully verified denuclearization of the DPRK, and recognized the importance of sustained, full implementation and enforcement of all relevant UN Security Council resolutions.

Participants underscored the importance of maritime security for ensuring regional stability as well as maritime cooperation in combatting marine plastic pollution and illegal, unreported, and unregulated fishing. Participants reaffirmed the need for peaceful dispute resolution in accordance with international law, including in the South China Sea. The United States expressed support for a meaningful and effective Code of Conduct in the South China Sea that upholds the rights of third parties and is fully consistent with international law, including as reflected in the 1982 UN Convention on the Law of the Sea.

Participants welcomed the continued growth of economic ties between the United States and ASEAN, evidenced by the $328 billion total stock of U.S. private sector investment in the ASEAN region. They welcomed economic initiatives such as the U.S.-ASEAN Smart Cities Partnership and U.S.-ASEAN Connect, as well as U.S. programs under the Indo-Pacific Strategy on infrastructure, energy security, and digital commerce and cybersecurity. They agreed on the importance of sustainable, transparent growth that promoted ASEAN resilience against unsustainable debt. Participants recognized the importance of continued cooperation on a wide range of cyber- and digital economy-related issues.