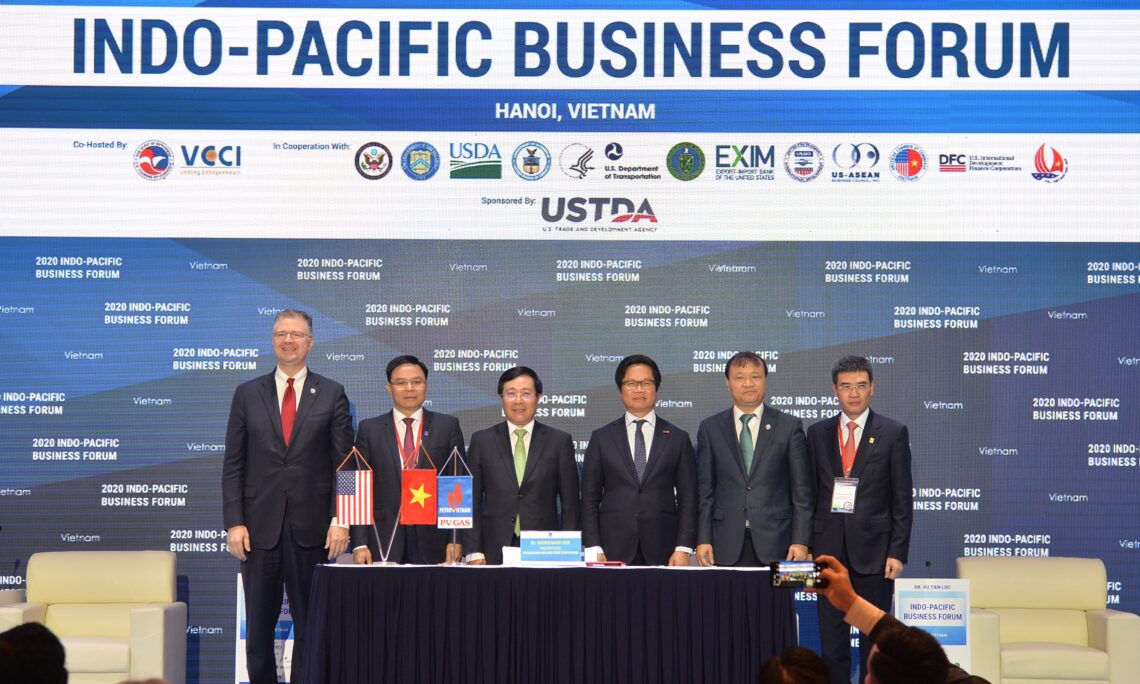 Photo courtesy of the U.S. Department of State: Bureau of East Asian and Pacific Affairs

Utilizing an innovative combination of a virtual conference platform and limited in-person events in Hanoi to mitigate the health risks associated with travel and large assemblies, the 2020 Forum enabled safe and productive commercial and diplomatic engagement despite the pandemic.

The U.S. officials and business executives highlighted a range of commercial deals and new initiatives, including:

New U.S. and Partner Efforts to Advance a Free and Open Indo-Pacific

As all nations strive to recover from the unprecedented disruption caused by the COVID-19 pandemic, the importance of economic cooperation and partnership is paramount.  As the world’s largest economy and most generous humanitarian assistance donor, the United States is leading the way in that recovery effort, both at home and abroad.

Fifteen U.S. Ambassadors and Chiefs of Mission from across the Indo-Pacific region participated, along with Export-Import Bank of the United States (EXIM) Chairman Kimberly Reed and senior State Department officials including Under Secretary of State for Economic Growth, Energy and the Environment Keith Krach, Assistant Secretary for the Bureau of Energy Resources Frank Fannon, and Ambassador-At-Large for Global Women’s Issues Kelley E. Currie.

Other U.S. government agencies were represented by senior officials including:

Distinguished speakers from the private sector included executives from: